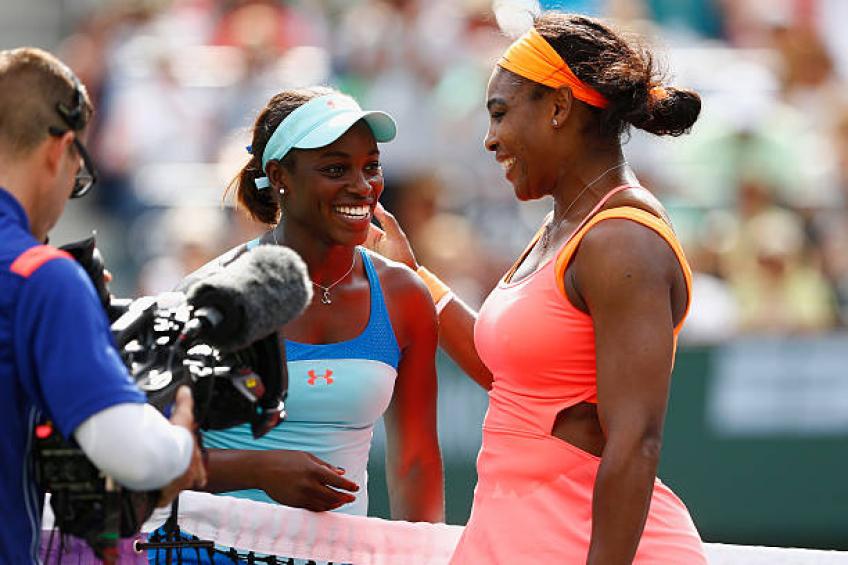 Sloane Stephens believes that on-court coaching should be introduced in the Grand Slams.

The American player backed the thoughts of Serena Williams’ coach Patrick Mouratoglou on it. ‘I think that a lot of coaching does happen from the stands, anyway,’ Stephens said.

‘Whether it’s right, wrong, whatever, I think that coaching is a big part of tennis, and you’re out there alone. You know, a lot goes into it behind the scenes, preparation and everything.

So I think that I can’t say definitely there should be or should not be, but I think there needs to be a little bit of a change to the rule, definitely.’

Stephens, who opens her campaign at the WTA Finals in Singapore on Monday against the Japanese Naomi Osaka, added: ‘I think the on-court coaching brings in that aspect of you feel like you’re more involved like with the player and coach, and I think that makes it more like a personal type of thing.

Williams lost her temper and called Ramos a ‘liar’ and a ‘thief’ for which she received another warning – her third of the match – which resulted in her losing the game. The match became infamous in a matter of minutes and the focus of the match was diverted from Osaka’s brilliant performance to Williams’ behavior.