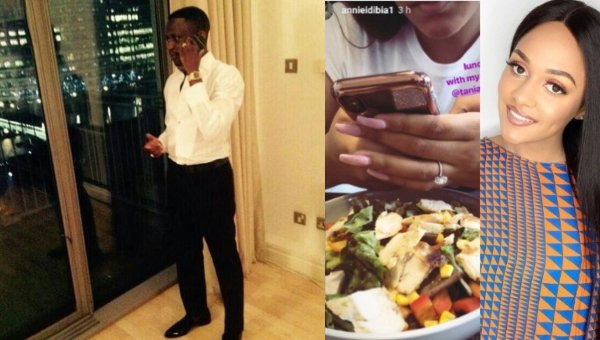 The former girlfriend of Star Boy Wizkid , has finally moved on  and its reported that she would be  walking the aisle sooner than you all think.

According to Lailasnews , Tania Omotayo who was pictured with an engagement ring, have reportedly been dating the co-owner of popular Lagos lounge and restaurant, Buzzbar for some time now. Here are photos below; 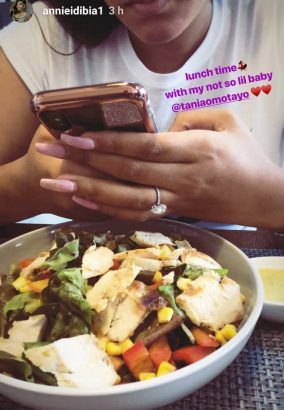 Recall that few months ago, Tania Omotayo, Nigerian singer, Wizkid’s ex-girlfriend was slammed by a blogger who claimed she was being tackled by Tania for exposing her relationship.

According to 9jagistlive2018, Tania Omotayo who is now reportedly known for stooping so low in Lagos to date yahoo boys because of handbags, was spotted with the guy identified as Summy at Buzz barr. 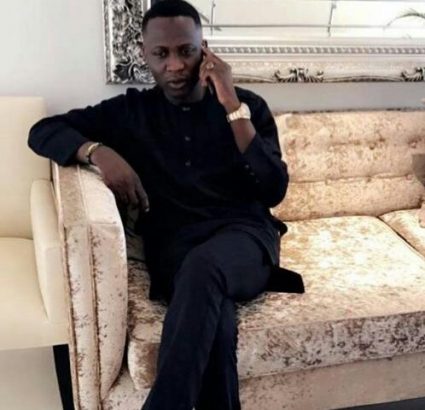 Tania instead of you reporting ma post, face your life.  U r dating an alleged sick yahoo boy for handbags. Will you deny this? Is this not you nd our Summy at Buzz Barr? The person who posted this did a Post and Delete, because Tania told him to. stop hiding, or you don’t want people to know how low you have stooped in Lagos?

Tania and our Summy holding hands, they feel they are safe at buzz Barr amongst friends other than that they are hiding because Tania doesn’t want it to affect her runs ? video above in my insta stories!

my dear it was day before yesterday, while she is making noise on social media claiming @tiwasavagewants her life.