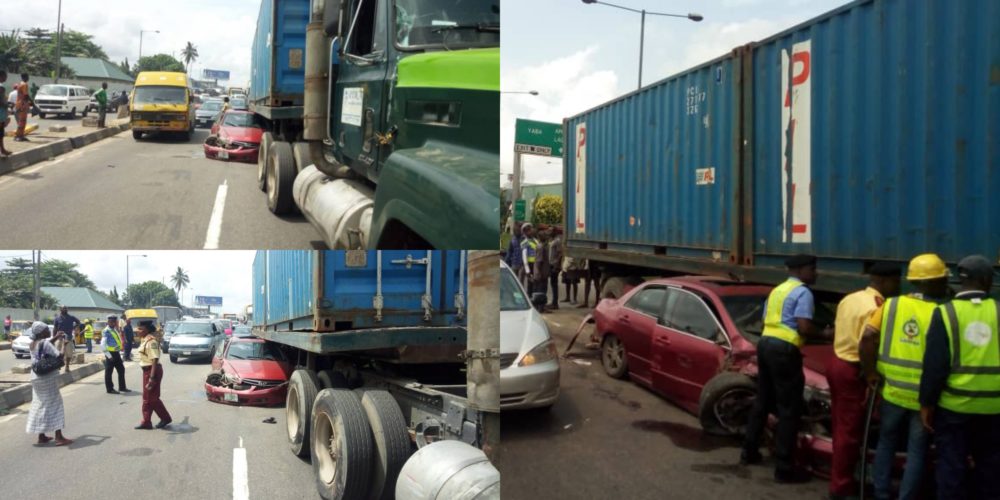 A vehicle caused traffic jam around Ojuelegba area of Lagos state after it ran under a trailer.

People were left in shock after a car ran under a trailer laden with 40ft container on Friday.

The incident took place near Ojuelegba area of Lagos State.

According to the Twitter handle of the Lagos State Traffic Management Agency, @followlastma, the red car ran under the trailer, just before the DormanLong Bridge connecting Ojuelegba to Fadeyi Bus Stop.

The traffic management agency later reported that the traffic situation had eased.