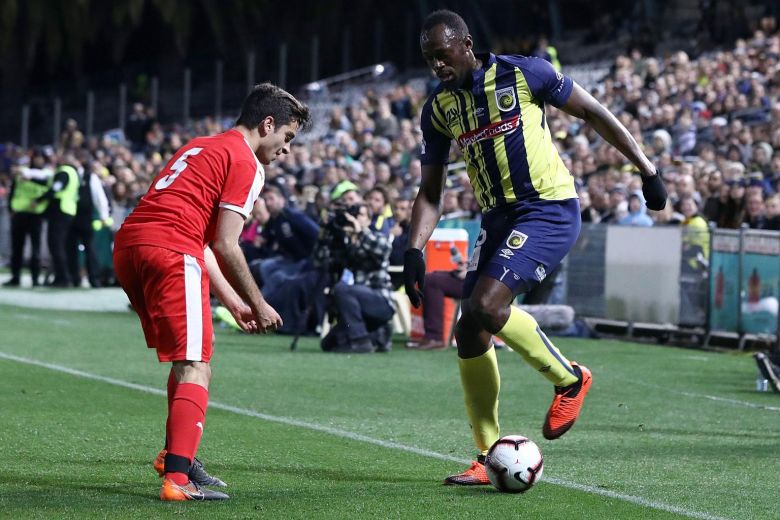 Starting up front in his maiden game for the club, 32-year old Bolt who is unrelenting in his desire to get a professional contract and play professionally, scored a double against Macarthur South West United in Sydney.

What. A. Game. @usainbolt, the footballer scores two goals in our 4-0 win. ⚡️

That will go down as one of the most memorable games in Australian football history. Congrats, Usain. Don’t think limits. ?? #CCMFC pic.twitter.com/Ug0CrlO0xX

He scored his first goal with his left foot after some poor play from their opponents allowed him to slot in a goal in the 55th minute of the game.

There was still enough time for the Jamaican to score a second goal in the 69th minute as he capitalised on a defensive mix-up before he was substituted six minutes later with his team leading 4-0.

Bolt joined the A-League club in August for an indefinite trial after retiring from the track in 2017.