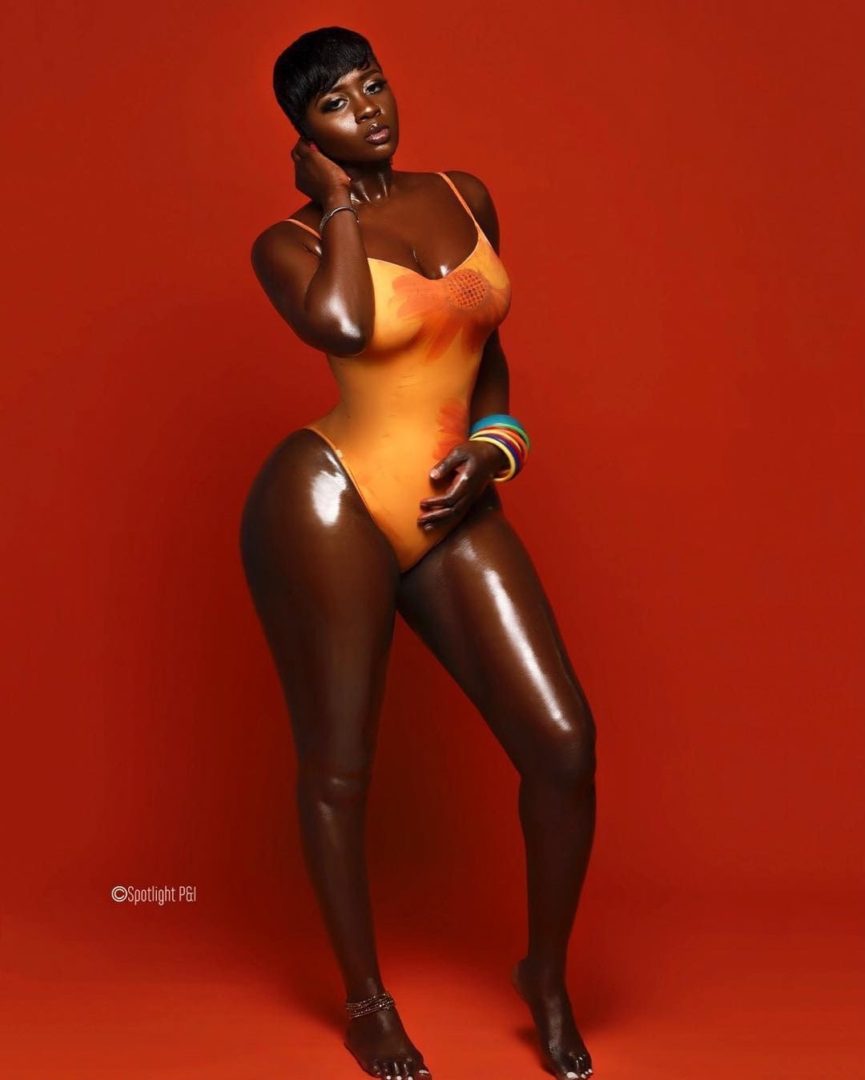 Browngh.com has sighted a video of Princess Shyngle hanging out with renowned Nigerian producer, singer, and songwriter, Don Jazzy.

In the video, they were seen and heard laughing and clearly, the two were having a good time together.

Princess Shyngle was seen laughing uncontrollably to the joke of Don Jazzy.

However, the Curvaceous Gambian actress who has been yearning for a husband sparked yet another controversy with her caption of the video on her Instagram page.

According to Princess Shyngle, Don Jazzy is the new boyfriend and she thanked her fans for choosing a Nigerian boyfriend for her.

The actress who has been cautious of social media trolls of late tagged her caption:” jokes and just for laughs”.

“And the winner is @donjazzy

we did this video specially for y’all

However some fans did not take this as a joke and made interesting comments on the video .

According to some section of her fans, Don Jazzy and Princess Shyngle look good together and could become the best of couples.

Some fans also wrote that Don Jazzy is single and that they could hook up and take it to the next level.

Are we going to witness another Naija-Ghana celebrity dating?

We all know the sad ending of such relationships on the side of Ghanaians.

Well, let’s keep our fingers crossed and let’s see how the story unfolds for Princess Shyngle.

We will report to you any new development between them.