Sonorous songstress Waje has taken to her story to lash out at people always asking her how it feels to be a single mother or mother that she has forgotten, she said her daughter is now 19 not 2, all she wants to hear is only about Music 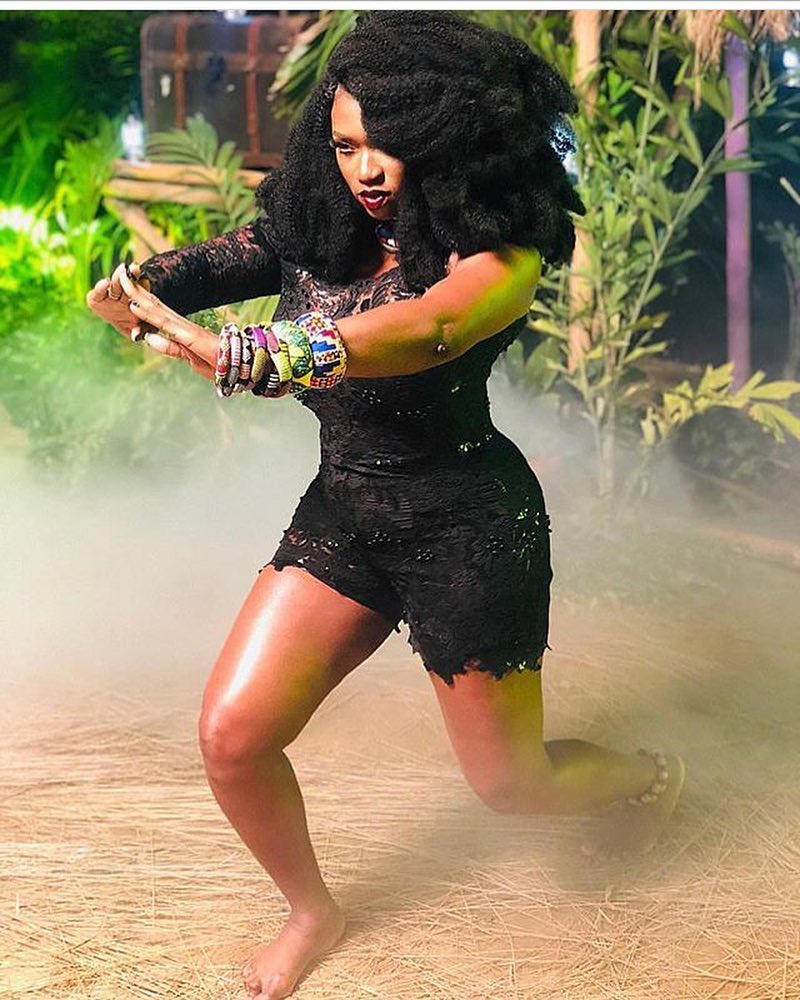 Waje who stated that her daughter is 19 and she has forgotten what it feels like being a single mom, added that she expects to be questions centered on music. Read her post below; 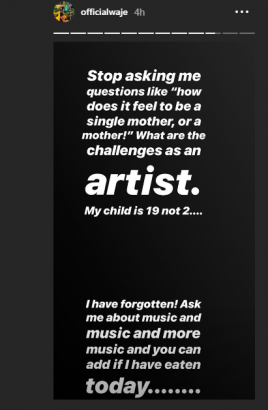 This is coming few months after Waje admitted that being a single mom has had some impact on her lifestyle, as she must consider her daughter before making choices.

“You are a mom, own it,” she said during an interview on Rubbin’ Minds.

“When you’re dating for example, its not everybody that you’ll bring to your house. So, I don’t do that at all until I know it’s a relationship that is worth introducing her to,” she said.

“Definitely, your background and story always have ways of influencing your decision as you grow in life. So, it probably has an effect on me as a person, but it is not really about being a single mother. I am woman, a parent, and as one, I have a huge obligation to bring up my daughter in a certain way. I am also a Christian.

I get lessons from young girls, who send me direct messages and so on. I do not usually like the term single mothers, to be honest with you. I am a parent and I need to do my job as a parent.”