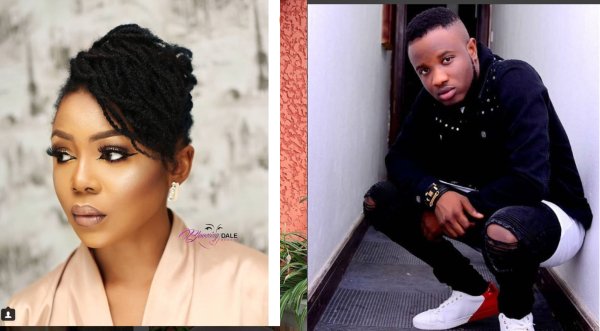 Big Brother Naija star, Ifu Ennada who got into a social media banter with fellow reality show star, Dee-One, has called out the comedian again. 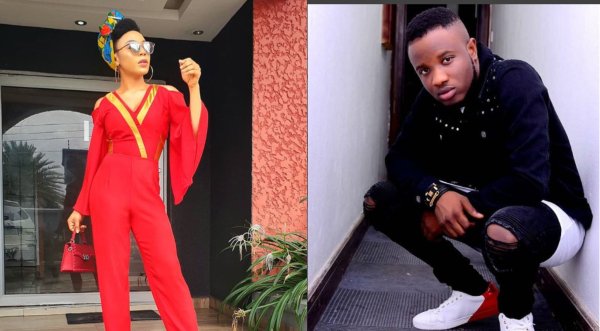 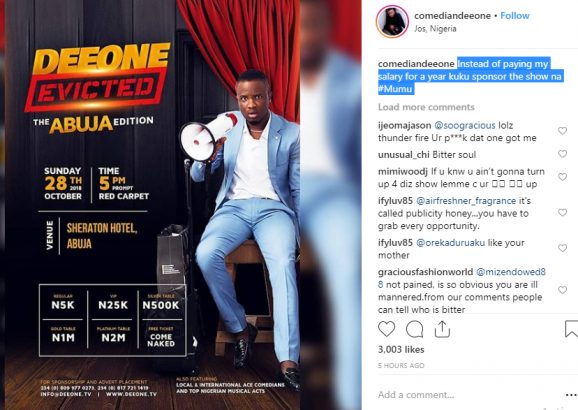 Ifu Ennada who warned to comedian to keep her name off his mouth as he has refused to pick his calls nor reply her text messages, added that their face-off might be linked to not sending a video Dee-One requested for. 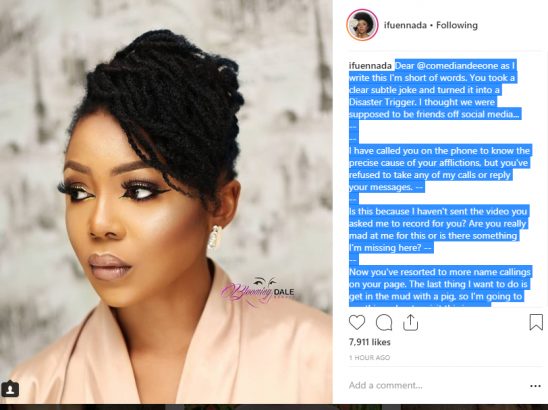 Dear @comediandeeone as I write this I’m short of words. You took a clear subtle joke and turned it into a Disaster Trigger. I thought we were supposed to be friends off social media…
—
—
I have called you on the phone to know the precise cause of your afflictions, but you’ve refused to take any of my calls or reply your messages. —
—
Is this because I haven’t sent the video you asked me to record for you? Are you really mad at me for this or is there something I’m missing here? —
—
Now you’ve resorted to more name callings on your page. The last thing I want to do is get in the mud with a pig, so I’m going to say this and not revisit this issue –
—
— “Dee One, keep my name out of your mouth and sentences. You might have time for frivolities, but I have a business to run and a brand to build. You’re clearly a comedian whose a failure at recognising the simplest joke and I can’t help deliver you from this burden.”

Reacting to the post from Ifu Ennada, Dee-One wrote; 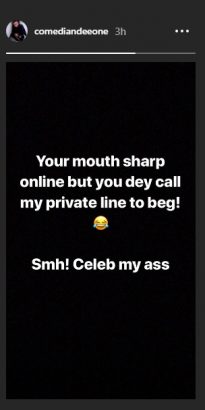 That was me on stage performing at my lagos show! The person on yellow is my G! @iamteddya . The lady holding the phone is my fan. No worry i will send you a ticket for my show happening on Sunday at Sheraton… I love my fans

We reported yesterday that  Ifu Ennada and Dee-One took to Instagram to slam each other, over being a member of the ‘small boy, big God’ and ‘Small girl, Big God’ movement. This drag comments came after Dee-One shared a video of his hotel room in Jos, as he prepared to headline a show later in the day. 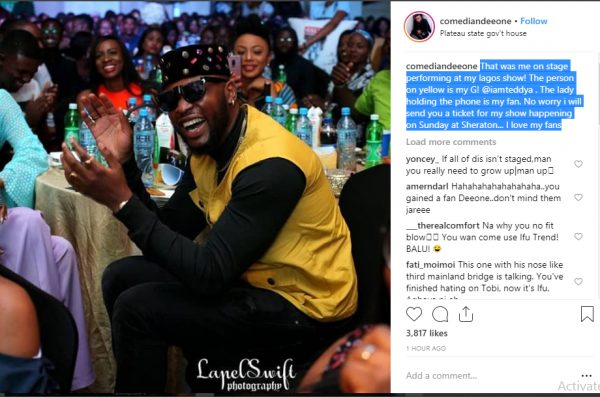 11 Qualities you need to become Woman of His Dreams

Johnson Olumide - January 2, 2020 0
When we ask women about who is their ideal partner, we usually get a clear answer: he should be handsome, kind, generous, and he...

Violette - August 21, 2021 0
One of the most controversial housemates at the ongoing BBNaija reality show, Angel, has opened up on why she has been kissing the male...

“I have identified my mistakes” – Boxer Anthony Joshua breaks silence, following his recent...

Violette - September 30, 2021 0
British-Nigerian boxer, Anthony Joshua has spoken for the first time since his last fight against Usyk on Saturday night with saw the Ukrainian snatching...

There are many wrong issues in Africa, we need to fix it — Comedian...

Violette - May 4, 2021 0
Popular Ghanaian comedian and actor, Michael Blackson has taken to his official Twitter account to vent out his anger at the way things are...

Chris Brown Gives his Daughter Royalty special Treat by Giving her a Ride in...

Johnson Olumide - February 17, 2020 0
Chris Brown is currently enjoying some beautiful moments with his daughter after winning a court case against his baby mama that give him 50/50 custody to his...