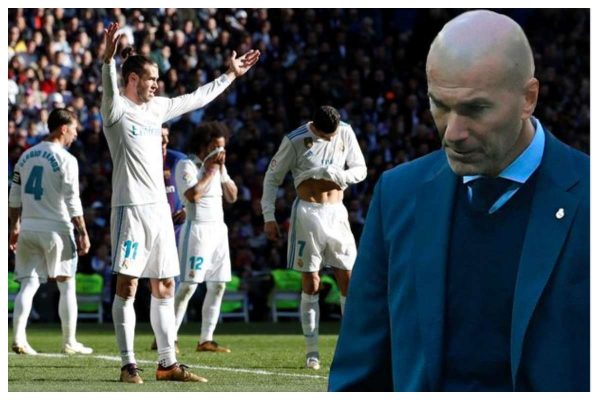 Zinedine Zidane quit Real Madrid at the end of last season, a move that shocked so many people in the football world. The real reason behind the move has now been revealed.

Zidane is set to have quit because of broken promises over Gareth Bale, top Spanish sources have revealed.

In the final against Liverpool Bale scored an amazing overhead goal – and that led to the trouble between Zidane and Florentino Perez.

Respected Spanish paper El Pais claims that goal made the Real Madrid owner go back on his word to sell the Welshman – something Zidane had been campaigning for since the end of the domestic season.

Instead Perez even suggested “Bale is better than Ronaldo”, forcing the Frenchman to think about his future.

He wanted to sell Bale to fund a bid for either Mohamed Salah, Eden Hazard or Harry Kane – and Perez had agreed… until that stunning goal.

Earlier this week it emerged that Manchester United may be forced into making a decision on Jose Mourinho’s future amid interest from Bayern Munich in Zidane.

The Portuguese boss remains fearful that the United board are planning to replace him despite Saturday’s dramatic victory over Newcastle .

Mourinho seemed destined for the sack when his side trailed 2-0 at half-time before delivering a stunning comeback to emerge victorious.