Pop star, Ariana Grande who recently released hit song, Thank u, next, will be honored with the 2018 Billboard Woman of the Year award next month. 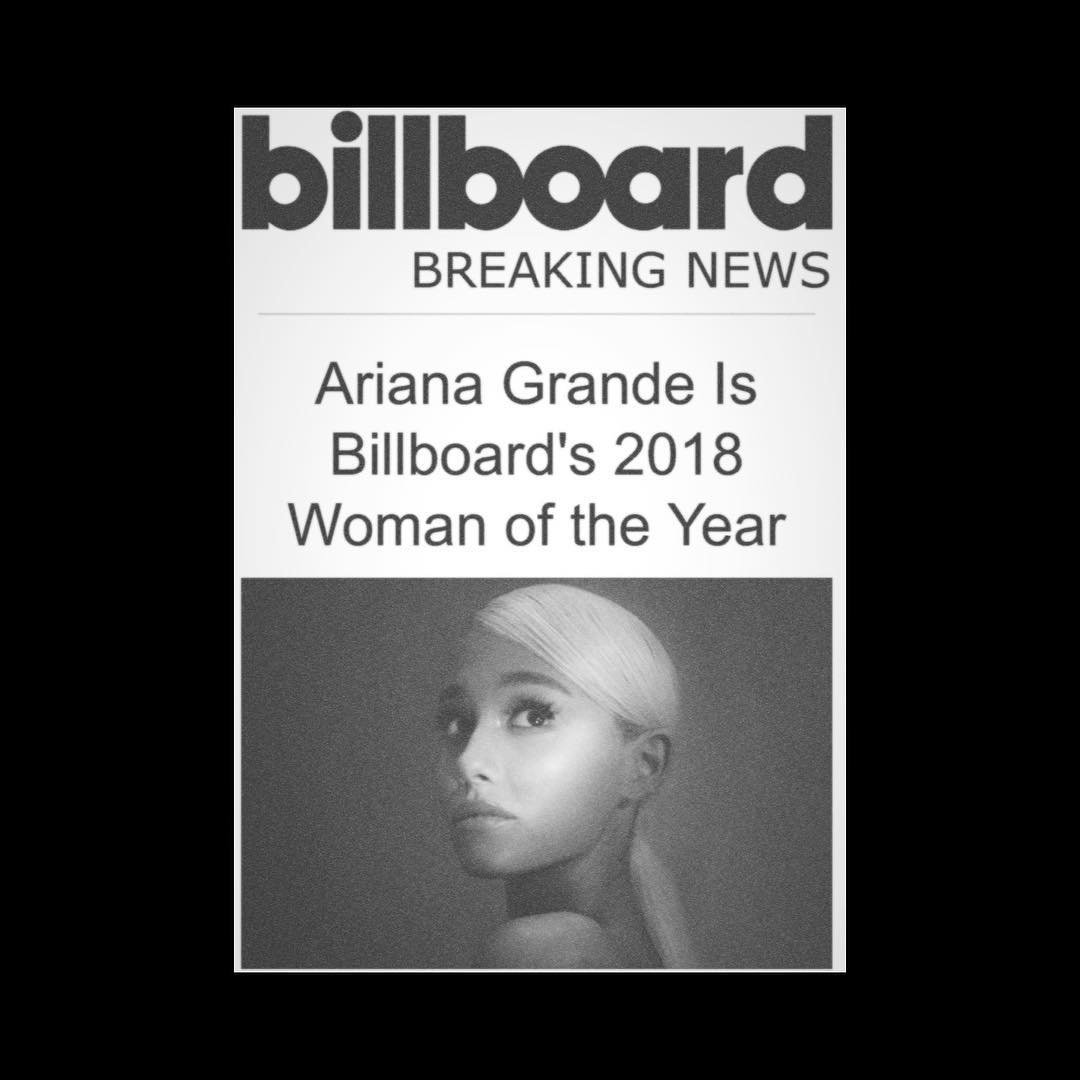 Billboard made this known in a statement and noted that the Pop star was picked as the recipient for the award following her ‘incredibly successful year and on the heels of her Billboard 200 chart-topping fourth album Sweetener.’

Ariana will be presented with the award on Dec. 6. She joins a history of icons who have been previously honored as Woman of the Year, including Selena Gomez, Madonna, Lady Gaga and Taylor Swift.
“Ariana Grande is a star on her own terms, never bending to any particular musical trend or path in the industry,” says Ross Scarano, Billboard’s vp of content. “Certain in her convictions, she consistently stands up for herself and her decisions in a world that often isn’t hospitable to that sort of strength in young women. She’s got guts, she’s making some of the best music of her career, and she’s absolutely deserving of Woman of the Year.”
The 25-year-old R&B songstress also tweeted

‘thank u @billboard for this honor.’