American rapper, Azealia Banks, who in her Insta-story post claimed that Kanye Westspilled ‘some tea’ to her, has further called him ‘dumb’ for lying against her.

According to Azealia Banks, Kanye West switched sides in their talk after realizing that Kim Kardashian was going through his phone just after he leaked some secret to her. She further disclosed that she telling Kanye West that she ‘loves him’, was reaching out to him as a sister because he is suicidal. 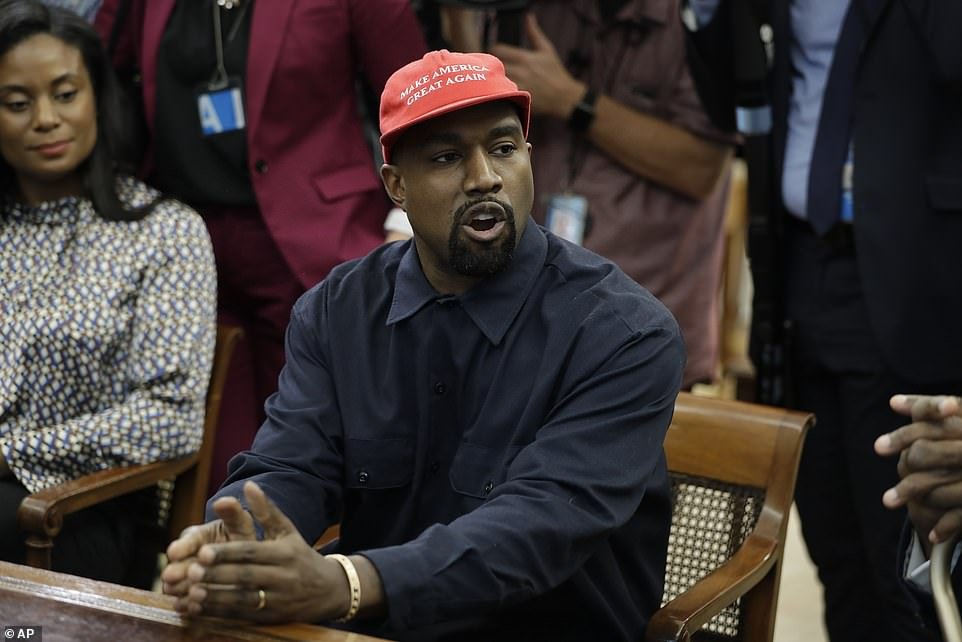 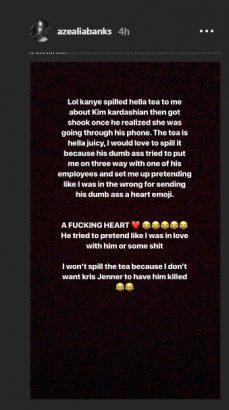 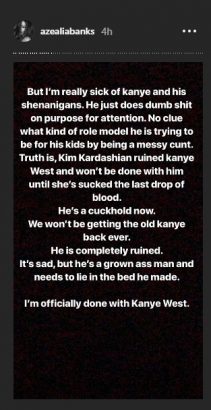 This is coming after she went public with her “Yeezy Modular Survival Kit” design. The rapper claims to have created the design after considering solutions for disasters or even camping. The item includes an “electric generator, a hot plate, a convection oven, a small cloth washer, and a mini-fridge.”

The artist shared the “genius product” on Instagram in case her design was taken to the market without proper credit.

“Since everyone likes to drain me of my energy and run off on the plug (me)…kanye mentioned something about Kim Kardashian being jealous he was talking to me then ghosted, but I’m pretty sure it’s just sneaky Kanye’s way of trying to steal my idea and leave me out. Sometimes pretending like you are emotionally unstable is an easy way to sneak past people and manipulate them into doing ALL THE WORK FOR YOU. Second pic is the YEEZY LOGO I designed for him. Hes supposed to be hiring me to work for yeezy but I highly doubt Kim Kardashian will let that happen.”

READ ALSO
Tekno replies Dammy Krane, and it was brutal

Jay-Z &amp; Beyonce fire multiple shots at Kanye West, Drake and Kim K was called a ‘Thot’ in their new joint album ‘Everything Is Love’

BBNaija 2021: Actress Jemima Osunde curses man who said Ebuka should be removed as...

Violette - March 27, 2021 0
Popular Nollywood actress Jemima Osunde has launched an attack on a fan who urged organizers of the Big Brother Naija reality show to replace...

Johnson Olumide - March 21, 2020 0
Popular Abuja-based OAP Benny Ark who had earlier given his opinion of singer Tiwa Savage and whom he believes she shouts in her songs,...

Violette - September 16, 2020 0
Popular Nigerian singer, D'banj has nothing but prayers for his son who clocked a years old today, September 16. D'banj is no doubt a legend...