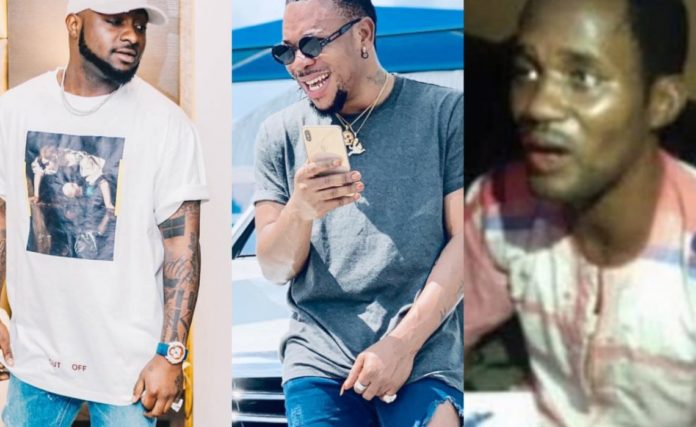 Davido is of the opinion that musician,Mr Real (Legbegbe crooner), should bail incarcerated film maker,Seun Egbegbe after making money off his name. 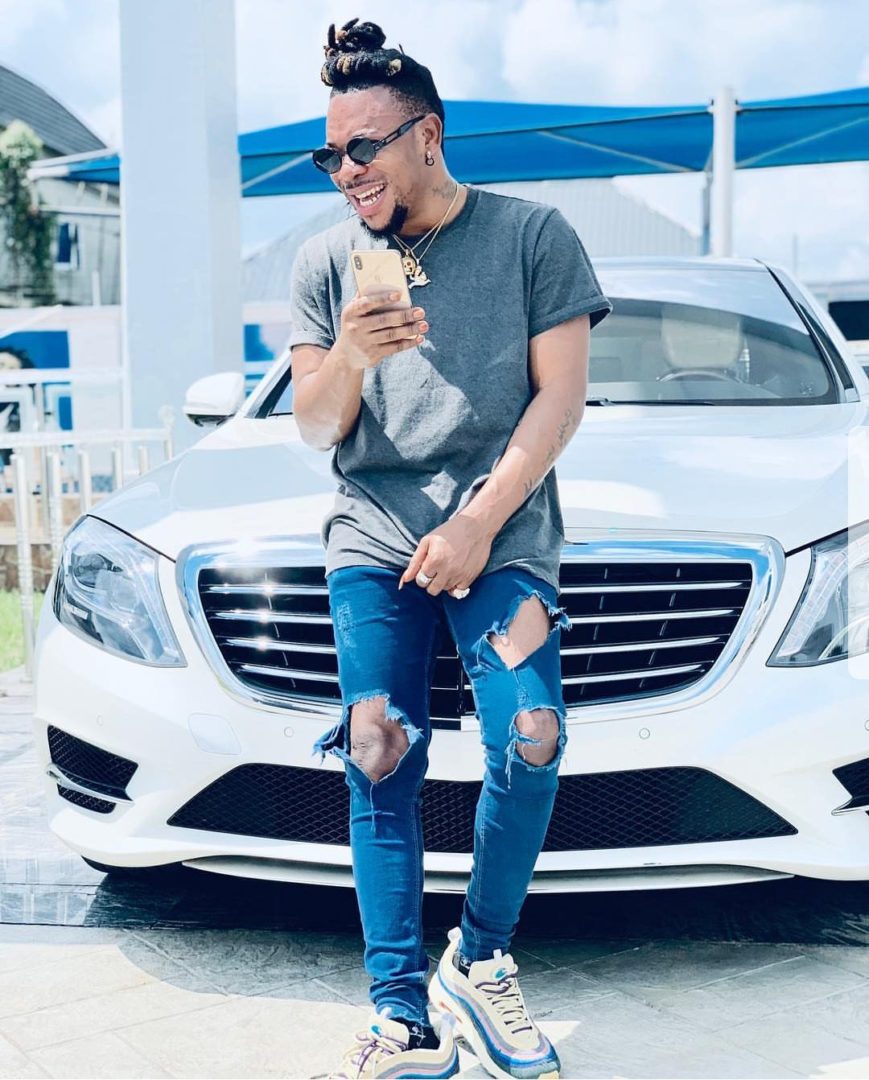 Egbegbe has spent 20 months in prison over his inability to meet his bail conditions.

Davido made it clear if he were in Mr Real’s shoes, he would have bailed Seun Egbebe . 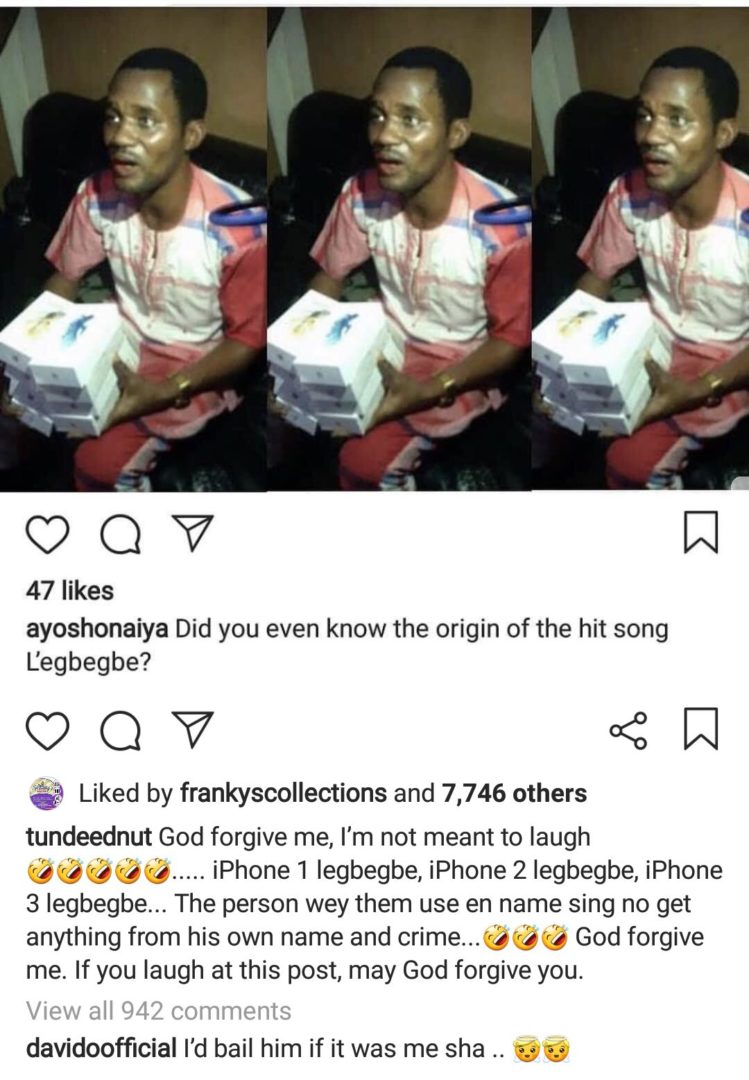 He dropped the comment after Tunde Ednut threw shade at Mr Real for making money off another person’s crime, and name, not his own crime .

Tunde reposted a tweet above his shade which read

Seun Egbegbe has been on remand in jail for 20months because he couldn’t meet N5m bail condition. Meanwhile, a song about his (alleged) theft of iPhones has made well over N50m in Royalties. #Life 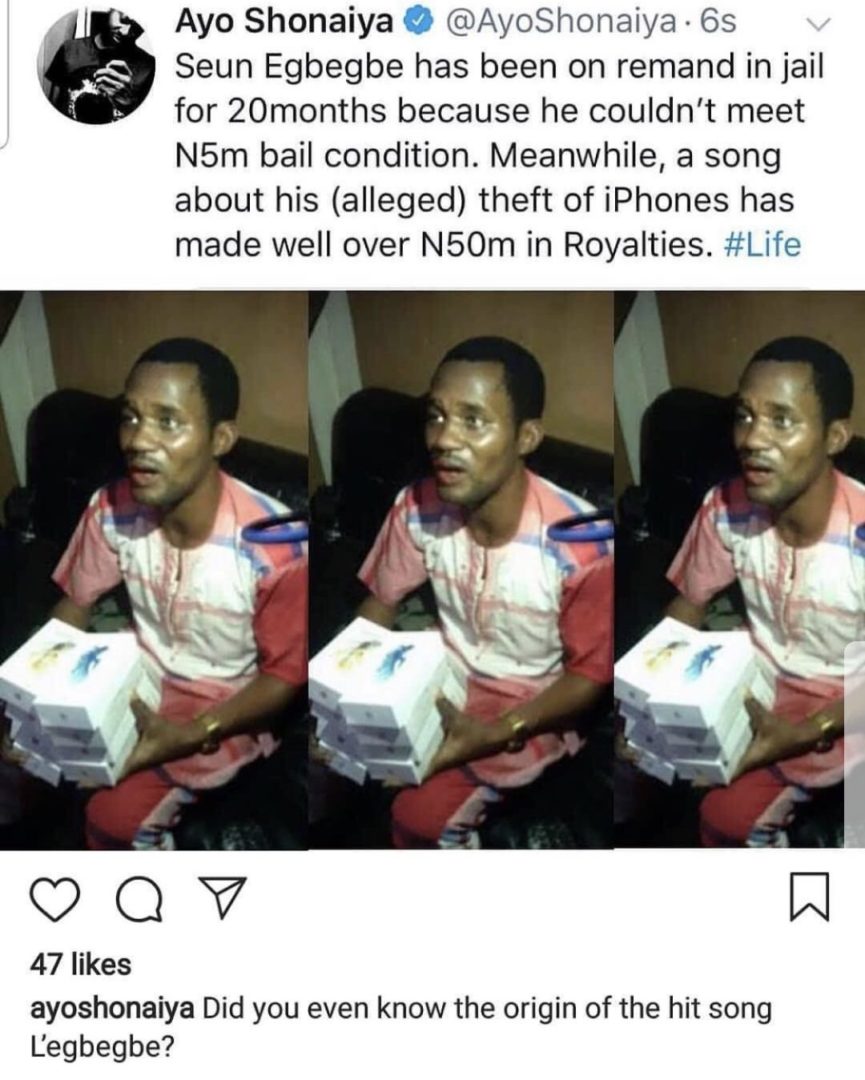 Seun who was beaten in computer village Ikeja after he was caught trying to make away with 8 iPhones.

About a month later, he was arrested for trying to swindle Bureau The Change operators of thousands of dollars.