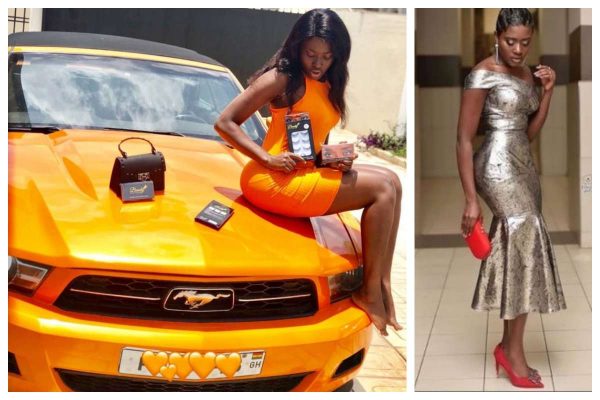 Ex-boyfriend of Ghanaian actress, Fella Makafui, has taken back the car he bought for her after she shared video of herself kissing Ghanaian rapper Medikal.

The ex-sugar boyfriend was recently filmed in public collecting back the car he bought her after she was said to have shared a loved-up video of herself kissing her new boyfriend, rapper Medikal.

In the viral video, the angry ex was seen taking off the customized plate number attached to the car before taking it to her wine shop where he dropped it.

Ex-boyfriend of Ghanaian actress, Fella Makafui, retrieves the car he bought for her after she shared video of herself kissing Ghanaian rapper Medikal

Earlier this year, an enraged boyfriend of the fast-rising actress, closed down the wine shop he opened for her following the claims that she’s no longer faithful to him and has completely changed since she found fame.

According to Ghpage, Fella Makafui’s rich boyfriend who she has dated for close to 5-years rented the wine shop located at East Legon as well as her current three bedroom apartment.