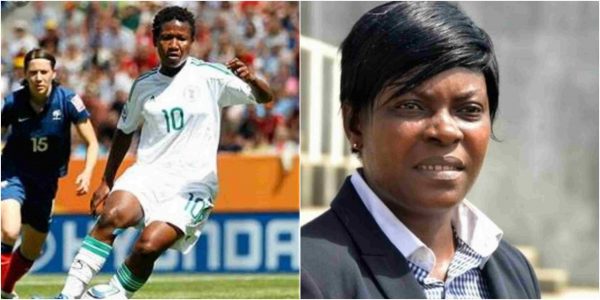 One of Nigeria’s most successful women internationals, midfielder Ajuma Ameh-Otache, has died at the age of 33.

Ameh-Otache, who played for Nigeria at the 2004 Olympic Games in Athens, also won the African Women’s Cup of Nations that same year.

“We are sad to hear of the sudden passing of former Nigeria midfielder, African Women’s Championship winner, Olympian, Ajuma Otache who passed on Saturday,” the Nigeria Football Federation (NFF) announced on Twitter.

“Our thoughts are with her young family. May her soul rest in peace.”

Ameh-Otache also played for the Super Falcons at the 2003 All Africa Games in Abuja.

The former Pelican Stars player was in charge of Goodland Rangers Football Club of Lagos and made headlines as a successful female coach in charge of a male side.

She is survived by her husband Peter Otache and three children.