Home News He is my brother not me – Kunle Afolayan , as he... 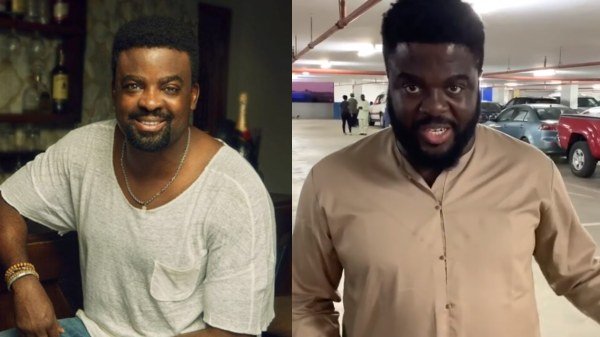 The Producer of the Box Office hit Movie CEO,Kunle Afolayan has officially Issued a Disclaimer on social media in regards to the Viral Video of his younger brother Aremu Afolayan.

Aremu Afolayan was seen Calling out the President of Nigeria and The Lagos State Governor Ambode over his mistreatment at the Lagos International Airport.

According to Lailasnews, Kunle Afolayan who distanced himself from Aremu Afolayan’s viral rant, wrote;

I have been receiving a lot of calls and comments from people who are mistaken me for Aremu Afolayan in regards to this video.

I would like to officially state that this is not Kunle Afolayan, he is my brother not me.

There is frustration in the land but hey!

However after he was slammed by social media users for not having his brother’s back, he edited his post and further stated that it was imperative to clear the air. He wrote;

For clarity purpose. I think it is imperative I clear the air.
Aremu Afolayan is the one in this video and not Kunle Afolayan.

People have been responding to the video and tagging my handles as I have also received some calls.
Oloun a so’lu dero.
Ire.