Home News I flashed my underwear to get Bill Clinton to F*ck me– Monica...

Monica Lewinsky shares new details about her first intimate encounter with Bill Clinton in the new docuseries The Clinton Affair. 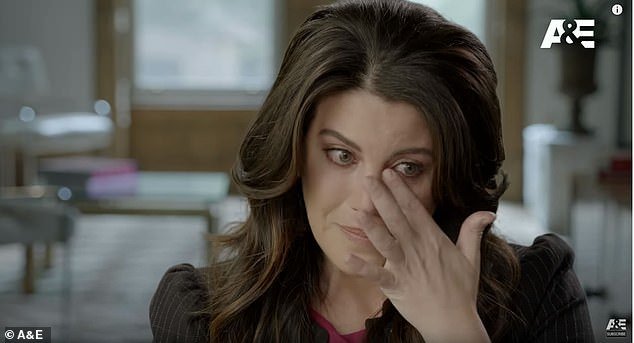 It happened during the government shutdown, with leweinsky saying she flaunted her exposed thing in front of Clinton to get his attention.

*Shortly after she was beckoned into Clinton’s office and the two kissed after she told him she had a ‘crush’ on him.

*Lewinsky left and was called back later so the two could be more intimate, in what was the start of an almost two-year relationship. 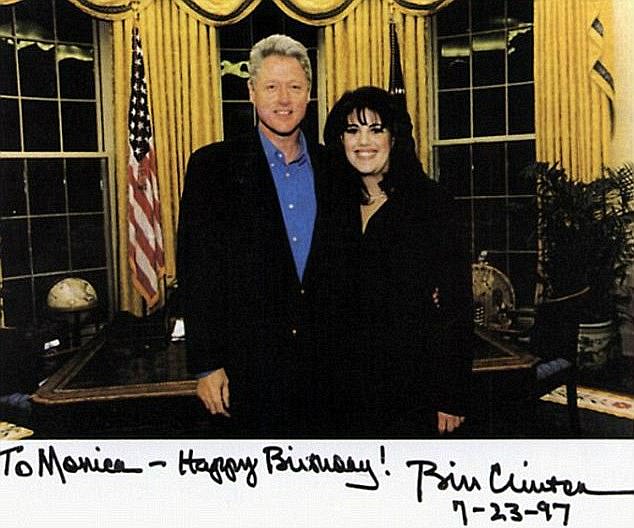 Monica Lewinsky details the events leading up to her first intimate encounter with Bill Clinton in the A&E docuseries The Clinton Affair.

It It happened on November 14, 1995, in the middle of the government shutdown when Lewinsky had been called in to help with the phones.

On that date there had been a surprise party for one of Clinton’s staffers, and at one point Lewinsky realized her thong was exposed while Clinton was near her in the room.

Lewinsky opted to keep her thong out as Clinton walked by, and a short while later when she walked by his office, Clinton smiled at her and motioned for her to come into the room.

She soon admitted to clinton that she had a ‘crush’ on him, and not long after the two were kissing in the dark room.

‘I don’t talk about this very often and I still don’t feel comfortable talking about it. It’s one of those things where it’s not as if it didn’t register with me that he was the president. Obviously it did,’ explains Lewinsky in a preview.

‘But I think in one way the moment we were actually in the back office for the first time the truth is I think it meant more to me the someone who other people desired, desired me.’

She continues: ‘However wrong it was, however misguided, for who I was at that time, at 22 years old, it was how I felt.’

Lewinsky went back to her desk after that first kiss and was then asked to return to the study later, when the two became more intimate.

It was the start of a relationship that would find the two meeting in secret once a week for almost two years.

Lewinsky also opens up about the grief and fear she felt when she was told that she would have to cooperate with the FBI investigation of Clinton, or face time in prison.

‘In order to cooperate and avoid charges and I would have to make monitored phone calls which they would listen in to and record and I might have to wear a wire and go see people in person,’ reveals Lewinsky in a preview for the upcoming A&E docuseries The Clinton Affair.

It was too much for Lewinsky, who says that after a few hours she began to think about commiting suicide.

Twenty years later, it still causes her to break down in tears.

‘The ground completely crumbled in that moment. I felt so much guilt. And I felt terrified,’ she reveals in the interview.

An FBI agent involved in the case acknowledged this, saying that Lewinsky was ‘alternating between being hysterical, being angry, being abusive.’

Lewinsky admits that she was not cooperative at the time, believing she had to protect Clinton.

‘They imagined that I would have flipped really easily. They had no plan in place for what would happen if i said no,’ she reveals in the series.

That then gave way to thoughts of ending her own life.

‘There was a point for me somewhere within these first several hours where I would be hysterically crying and then I would just shut down,’ she recalls.

‘And in the shut down period I just remember looking out the window and thinking the only way to fix this is to kill myself.’

Lewinsky, who up until that point had managed to hold back her tears, then bursts out sobbing.

‘I just felt terrible … and I was scared … and I was mortified,’ she says while trying to regain her composure.

This all played out at the Ritz Carlton in January 1998, with the Office of the Independent Counsel getting Linda Tripp to set up a meeting with Lewinsky.

She was then taken to a room and held by prosecutors until that night.

Lewinsky admits that the thing that made this so difficult for her was the fact that she was still in love with Clinton.

Yvonne Nelson reveals she would like to have another baby

Violette - May 20, 2018 0
Ghanaian actress Yvonne Nelson has disclosed in an interview that she would so love to have another baby but she is resting after her...

Johnson Olumide - May 1, 2020 0
With virtually everyone marking the Labour Day with in their respective ways, curvy babe Princess Shyngle sure had other ideas to usher in the new...

Johnson Olumide - March 21, 2020 0
Actress Nse Ikpe-Etim has advised people on how to go about with their celebration of Valentine’s Day. According to the actress, a lot of opinions...