Highlife/afrobeat artiste, Sista Afia in real life as Francesca Duncan Williams has revealed that she is one of Sarkodie’s biggest fan. 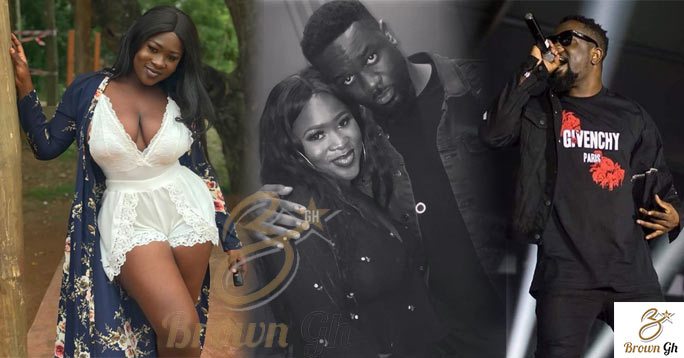 According to her, she even fought a colleague at the restaurant she used to work in London called Afrikiko so she could serve and have access to Sarkodie.

“I was at the first floor of the restaurant when I heard my boss instructing my colleague to go and serve the ‘Sarkcess music’ boss. I waited patiently and heard the co-waiter come up to make the order.

As soon as I heard the request, I told the co-waiter that I was not going to allow her to serve Sarkodie because I have been dying to meet him all my life“, she stated.

Sista Afia is a Ghanaian-born British who gained recognition following the release of his single ‘Jeje’ which features Shatta Wale and Afezi Perry.

She was groomed by Ghanaian musician Bisa Kdei and making her collaboration, ‘Kro Kro No’ her official first release as a musician.

She has songs like Slay Queen, Champion Atta, Pass You, Yiwani, Bokoor, Obi Boy and several others to her credit.

Sista Afia is now a household name in the music industry and most of her songs receive massive airplay in the media.

check out all the latest trending news in Ghana Today