Sure, he might have already received the title of Order of the British Empire for his services to drama — but Idris Elba has now been crowned Sexiest Man Alive!

From his breakthrough role in America as drug kingpin Russell “Stringer” Bell on HBO’s hit series The Wire to his commanding portrayal of Norse God and Asgardian gatekeeper Heimdall in Marvel’s Thor franchise, the British heartthrob, 46, has become one of Hollywood’s biggest — and sexiest — stars.

So what did Elba think when he first heard about his latest title? “I was like, ‘Come on, no way. Really?’” the actor tells PEOPLE in this week’s cover story. “Looked in the mirror, I checked myself out. I was like, ‘Yeah, you are kind of sexy today.’ But to be honest, it was just a nice feeling. It was a nice surprise — an ego boost for sure.” 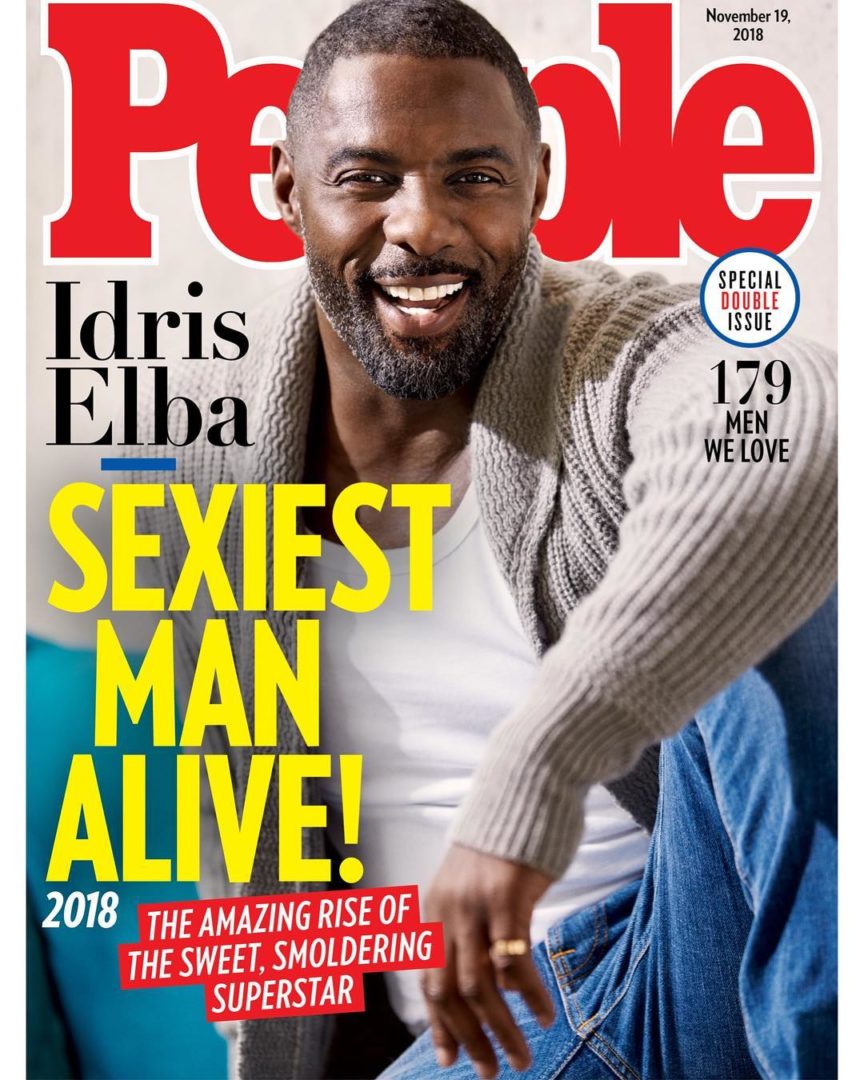 Though he was an athlete at his all-boys school in London, playing first-string football, basketball, cricket, hockey and rugby, the actor insists he went through an awkward phase first. “I was very tall and skinny,” says the 6’3″ Elba. “And my name was Idrissa Akuna Elba, okay? I got picked on a little bit. But again, as soon as I could grow a mustache, I was the coolest kid on the block. Grew a mustache, had some muscles, bonkers.”

When he’s not being one of Hollywood’s hottest actors, Elba might be deejaying in Ibiza, kickboxing in Thailand, or designing his own clothing line, not to mention planning his wedding to his fiancée Sabrina Dhowre, 29, a model, to whom he proposed in February. But picking the happiest moment of his life is easy.

“Being witness to the birth of my children is the biggest and best thing ever,” says Elba, who has a 16-year-old daughter, Isan, and a 4-year-old son, Winston (both from previous relationships). “I’m super doting, big hugs, kisses, lots of love-yous. I’m sure my daughter’s like, ‘All right Dad, chill out.’ My son is still at that age where he loves a cuddle.”

As for making a connection, Elba has learned the importance of “eye contact and empathy. You know, sort of reading someone’s vibe,” he says. “I love being confident, but also I know when to rein it in and just stay humble and grounded.”

For now, the actor strives to live with as few regrets as possible. “Life isn’t about thinking about what you should have done,” adds Elba, who is currently shooting the Fast & Furious spin-off Hobbs & Shaw with former Sexiest Man Alive Dwayne Johnson. “I think everyone should adopt the philosophy that tomorrow is not promised so just go for it today, man. You might as well do it to your heart’s content.”

This article originally appeared on people.com.