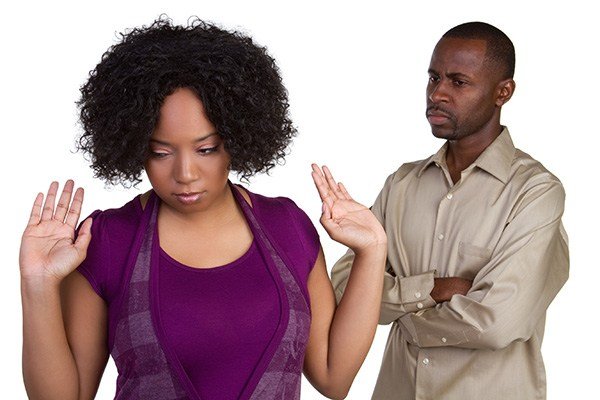 Studies have found that couples who co-habitate before marriage are at a greater risk of divorce. I, personally, found these studies troubling.

Or rather, I found the fact that people have flocked to them as proof that couples shouldn’t live together before marriage very troubling.

It doesn’t matter how much time you spend with a partner—you don’t know what it’s like to live together until you live together. Some couples will say, “Well we practically live together.”

No—you don’t. You always have your own place to escape to and the knowledge that you have that place. That changes everything. I’d like to dispute the dangerous belief that couples shouldn’t live together until marriage. Sure, couples who live together first are at higher risk of divorce, but I don’t think it has much to do with living together. Here are the actual probable causes.

The delay was a symptom of something else

If you have a couple who lives together for many, many years before tying the knot, this begs the question: why did they wait so long to get married? The fact they cohabitated before marriage may not be the reason they divorce, but the fact that they delayed marriage in general for so long could be a symptom of an underlying issue.

READ ALSO
3 Things You Should Avoid After Break Up

It was bound to come out eventually

Whatever the trouble was delaying marriage in the first place is bound to come out eventually. Just because it comes in out marriage, doesn’t mean that living together prior is what caused the problem. But by living together for years, the couple who was perhaps already doomed was able to put off marriage for a while.

They don’t come from religious families

Couples who don’t cohabitate before marriage often do this because they come from religious or conservative families who prohibit it. Their desire to live separately before marriage isn’t actually a desire at all, but an observation of some mandate.

So they feel free to divorce

Those same conservative families who prohibit living together before marriage may shun the idea of divorce so, even if this couple does find—once they live together—that they aren’t happy together, they feel too ashamed to divorce.

They’ve been together a long time

It’s as if they’d been married

So, knowing that cohabitating couples may simply date for many years longer before marriage, they may just not have that much time left to tolerate each other by the time they marry. A couple who is newly married and just living together for the first time has a lot of patience for one another still—they’ve barely been in each other’s space before.

They openly discuss their needs

I believe that couples who live together before marriage are generally more comfortable with stating their needs, demands, and desires. They live together so they are forced to become very vocal about their needs.

Distance can be stabilizing

The truth is that what you don’t know can sometimes…make you stronger. At least, on the surface. A couple who dates for years without living together develops a dynamic full of facades, secrets, and mystery. They don’t show each other their full, true selves.

Once living together, the couple who didn’t cohabitate before marriage might just have a dynamic now of hiding things and putting on a façade. They’re never fully themselves, so they never really discover how compatible they are (or aren’t). They get by, with everyone putting on the face they must put on to make the marriage work. They’re used to putting on a perfect face because they lived separate for so long.

If we can agree that many couples who won’t live together before marriage are religious or conservative, then it’s not a leap to suggest that those same couples have children sooner. Whether they don’t believe in birth control or feel that making children is their responsibility to their religion or traditions, they may make kids sooner than couples who live together before marriage. That means that, should they want to divorce, they have a big thing (kids) making it quite difficult.

If we can agree that many couples who won’t live together before marriage are religious or conservative, then it’s not a leap to suggest that those same couples have children sooner. Whether they don’t believe in birth control or feel that making children is their responsibility to their religion or traditions, they may make kids sooner than couples who live together before marriage. That means that, should they want to divorce, they have a big thing (kids) making it quite difficult.

Conservative couples who don’t live together before marriage may have been conservative when it comes to dating, in general. In other words, they may not have had many other relationships before getting married, and may not be totally aware of what else is out there/all the ways a relationship could or should feel. They have little compare to, so they may not know what they’re missing.

Liberal couples know what they want

Liberal couples who cohabitate before marriage have likely dated around and when they feel unhappy they know there is life beyond this relationship. In other words, they do have other relationships to compare their marriage to, and do know that things could possibly be better.

Conservative couples may have an agreement where the man handles the finances and the woman doesn’t touch them. This can leave a woman who is unhappy in her marriage feeling like she can’t leave because she’s lost the knowledge to financially support herself.

A more liberal couple may consist of two people who are both breadwinners and are both involved in the finances. The woman doesn’t feel afraid to leave. She never stops gaining education regarding finances and she never leaves the workforce for her marriage. She has a way out.