Home Relationship & Dating Most Of Us Are Trying To Date ‘Out Of Our League -New... 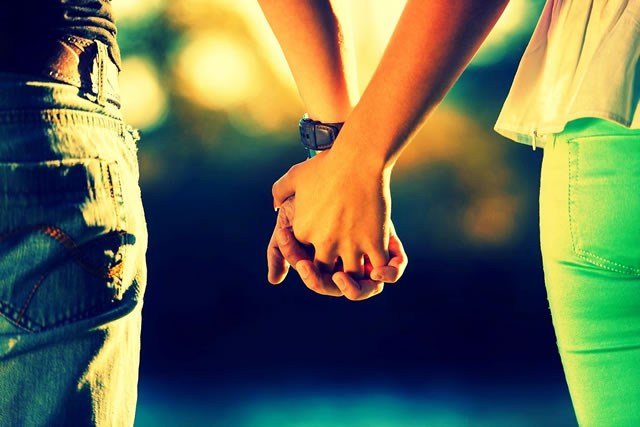 Stephen, a 23-year-old from Los Angeles, is aspirational in his approach to online dating: If you’re super attractive ― even “out of his league” ― he’ll swipe right on you.

“My philosophy with dating apps is ‘shoot your shot,’” he told HuffPost. “You never know what might happen, and I think I can make it work as long as we’ve matched.”

Stephen isn’t alone in dating ambitiously. According to a new study published last week in the journal Science Advances, users of online dating sites spend most of their time trying to contact people out of their league.

“Our study suggests that people are pursuing partners who are a little more desirable than they are. Women are a bit less aspirational than men,” said Elizabeth Bruch, an associate professor of sociology at the University of Michigan and an author of the study.

The researchers focused on four big metropolitan areas for the study: New York, Boston, Chicago and Seattle. (In case you’re wondering: Seattle is the best market for women, according to the study, with as many as two men for every woman in some areas. Single men have it best in New York.)

Desirability was determined by how many messages a user received during the month. The team used two variables to generate desirability rankings for users: whether other desirable people contacted the user and whether other desirable people replied when the user contacted them. If a user started messaging with a less-desirable person, the less-sought-after person’s desirability score would go up. If a less-desirable person contacted a more-desirable user and received a reply, the more sought-after person’s score would take a hit. (The most “desirable” person in all four cities? A 30-year-old woman living in New York who received 1,504 messages during the period of observation, the study says. That’s the “equivalent of one message every 30 minutes, day and night, for the entire month.” Poor woman.)

“A defining feature of heteros3xual online dating is that, in the vast majority of cases, it is men who establish the first contact — more than 80 percent of first messages are from men in our data set,” the study says.

But “women reply very selectively to the messages they receive from men ― their average reply rate is less than 20 percent ― so women’s replies (along with the small fraction of first messages sent by women) can give us significant insight about who they are interested in.”

Then the team combined the message and reply data using PageRank, the same algorithm Google Search uses to rank sites in their search engine results. Combing through that data, Bruch and team determined that “leagues” really do exist, and most of us try to move out of ours.

If you’re single, knowing that everyone is reaching should take some of the stress out of online dating, said Rachel Kazez, a Chicago-based therapist at All Along who’s unaffiliated with the study.

Online dating presents a wider pool of potential mates to choose from, and if you’re willing to be persistent, it might just pay off to aim ― or swipe ― high. Leagues exist, but they’re not as rigid as we make them out to be, Kazez said.

Some of the findings from the study were more depressing: Bruch and her team determined that, although men’s s3xual desirability peaks at age 50, women’s starts high at 18 and drops from there.

“The steepness of the desirability curve by age for women definitely surprised me, as did the fact that it declined steadily between ages 18 and 65,” Bruch told HuffPost. “Other studies have shown that men prefer younger women, but our study laid out starkly the implications of these preferences for market position.”

Age isn’t the only mark against women on dating apps. Higher education dims their prospects, too. An undergraduate degree was seen as desirable, but a woman’s desirability ranking took a hit if she pursued a postgraduate education. That wasn’t true for highly educated guys: Men with bachelor’s degrees beat high school graduates, and men with postgraduate degrees outperformed those with bachelor’s degrees.

Also depressing? Race figured into a user’s desirability ranking: As previous studies have shown, white men and Asian women are consistently more desired on dating sites, while black women rank considerably lower than other users. (Though, as Bruch noted, the site they looked at is “predominantly white ― 70 percent white.” The desirability rankings likely would have changed if the dating pool was more diverse.)

Overall, Bruch told us, she’s excited that large-scale data from dating sites can help us test long-held beliefs we have about love. As for whether the findings correlate in the wild, it’s hard to say. Would you be as keen to walk up to a hot guy in a bar as you would be to message him? Probably not.

“Desirability hierarchies we see online may be more pronounced than what we see offline,” Bruch said. “After all, people have little to lose by messaging a more desirable partner online. It may be harder to stomach rejection offline.”

True, but like Stephen, the 23-year-old single guy from Los Angeles, said: It never hurts to shoot your shot.