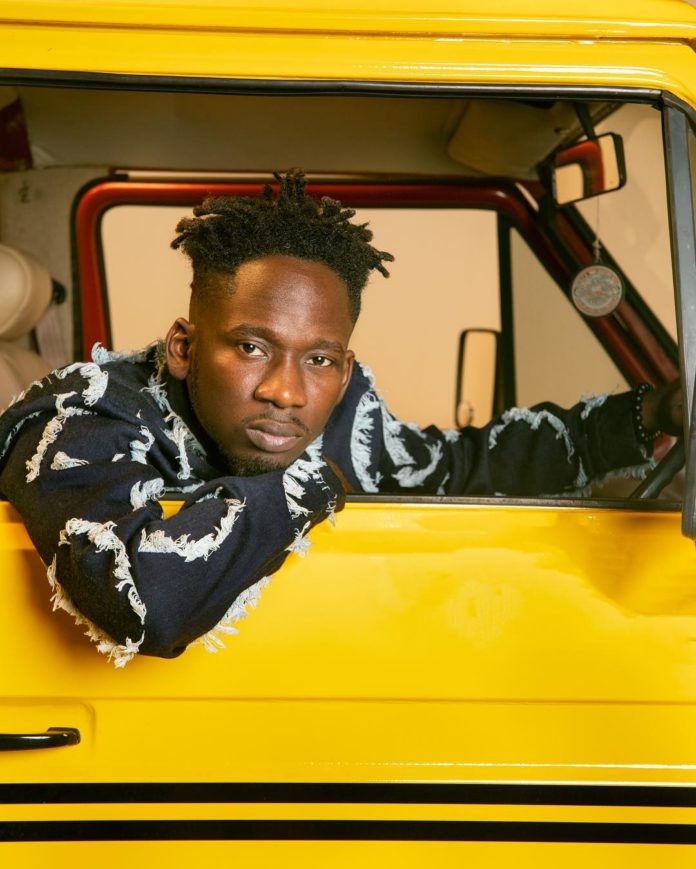 Nigerian singer, Mr Eazi went off on a rant after it was disclosed that he was allegedly kicked out and permanently banned from Terrakulture, Lagos for reportedly being rude to the owner of the property.

EXCLUSIVE: Mr Eazi kicked out & permanently banned from TerraKulture. He was rude to the owner, later knew who she was & apologised but it was too late. He postrated but she wasnt having any of it, cancelled his show & asked everyone to leave. The guy is too rude

Mr Eazi who reacted to the claims of being permanently banned from Terrakulture, wrote;

I remember one man at your organisation said he will never play my music @CITY1051 guess what that hasnt stopped me! My mama don put anointing for my head!!!!! I wish you guys all the best! Life is eazi on this side!!!

For the records i cancelled Trace Live because i was not confident of the delivery of the event! I have had a smooth well branded #LagosToLondon roll put in the UK, Uganda, Tanzania, Kenya, no way i was gonna have a wuru wuru event in my home country Nigeria!!!

My band got into the country, we had two days of rehearsals and went to the venue for final rehearsals on time ie 7pm but there was no staff of the organisers at the venue! None! The lights and aound engineers had not even received my tech rider!!!

This was the set that i agreed to but i got there and saw nothing! I met an empty stage apaz the set had been cancelled by the organisers!!! I will not play a substandard event for my core fans in LAGOS!! Mr eazi is a Global Brand!!!!!

I called Simi , to come play with me at the event, we made plans for King promise from Ghana to attend, even commenced speaking with burna to make sure we have some of the features on #LagosToLondon present at the event

My people is it a crime to ask someone their name?!!!!!!!! If i dont know who you are is it a crime?!!! I took pictures with all venue staff! Ate my coker fish pepper soup with lady donli and paid all the bills!!!!

BREAKING: Cardi B files to dismiss divorce with Offset

Violette - November 2, 2020 0
American rapper, Cardi B and Offset are officially back together as the femcee has formally asked the court to dismiss her petition for divorce...

Ehi Ogbegbor celebrates lover, MC Oluomo’s birthday with video of themselves in bed

Violette - March 14, 2021 0
Millionaire Interior decorator Ehigozie Ogbebor has continue to show the world how far her love adventure with MC Oluomo is going as she celebrates...

Amber Rose Steps out in A Black Fishnet Dress showing of Her Bra And...

Johnson Olumide - February 17, 2020 0
If you talking about someone that commands attention on every corner of California city, then there is only one person.    Amber Rose,she made fame has a stripper and pole...