Home News “Nigeria Is Doomed, Women Are Not Safe” – Lawyer Narrates How Man...

A lawyer has narrated a horrific encounter she had with another road user. The lady, simply known as @thefitlawyerr on twitter, said she was assaulted at link bridge by a driver who scratched her car.

She said the Police interfered in the matter and and told the driver to go, blaming her.

According to the lady, she is an international law student and she said Nigeria is not an ant, not to talk of being the giant of Africa, compared to other African countries.

Read her story below.

I got assaulted at link Bridge the man came to my car, a woman saw and videod, the chap is lying, at the police station Twitter do your work. @Omojuwa

“I got assaulted at link Bridge the man came to my car, a woman saw and videod, the chap is lying, at the police station Twitter do your work.

“He slapped me, and I said swear on your life you didn’t. He said I’m a Christian I don’t swear.

“Everyone around me is a man and they aren’t trying to tell me to let God. You guys this country is doomed. Women we are not safe!

“So here’s what happened. He scratches me, standard Lagos stuff, I keep my window up because tbh I have places to be, he comes down I can’t hear what his saying, so I wind down, he is saying what’s wrong with you are you mad, back and forth, next thing he hits/slaps me in the face. 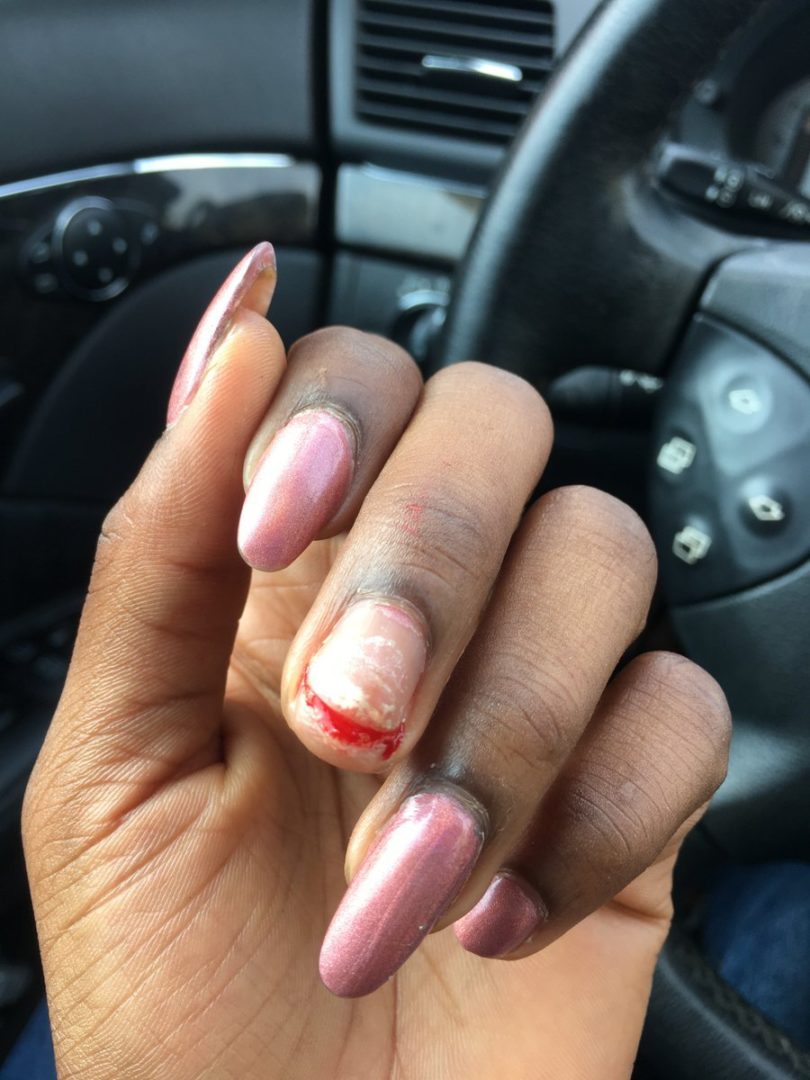 “I am confused and furious, so I open my car door into him , go past, straight to his car and grab his phone – I need something to hold so he can’t leave. I have been hit, he must not get away
“He gets into a fight with me for the phone, in the process:
“I go back for his wallet, because in Lagos we are outnumbered. Women are outnumbered when things like this happen people beg and then gang up against you. I needed leverage, we were going to the police station and I was going to press charges
“He tried to fight me for the wallet too but I managed to get back in my car, locked up.I needed his wallet to find out who his was. To make sure he couldn’t get away with, because as per usual people had gathered and were begging. 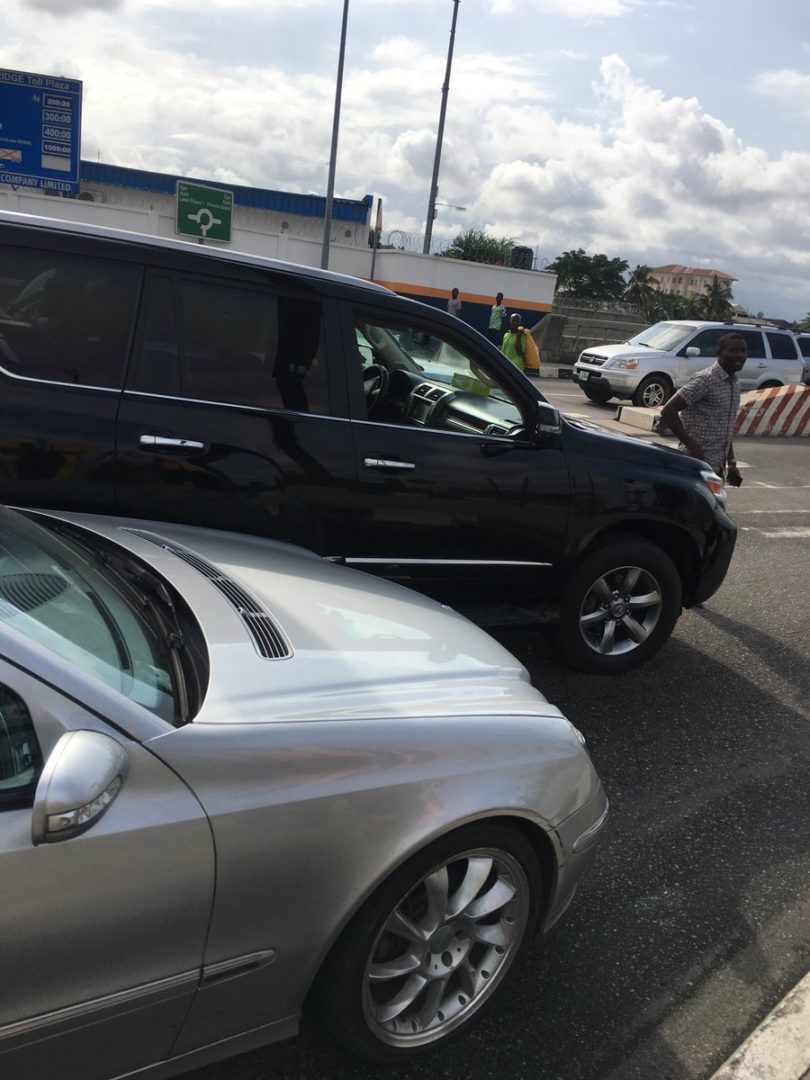 “Link Bridge Police joined- They told the guy to go – as I predicted they would. He said he couldn’t go I have his wallet – you see this was key to stalling him till police I had called arrived. They called me all sorts of names whilst I waited in my car for police to come
“Whilst waiting his boss owner of the car came, he was like so what do you want ? , no apology nothing. Wound up my window again, later he was like you didn’t consider my age, what if he is your brother. Do you see how doomed we are? 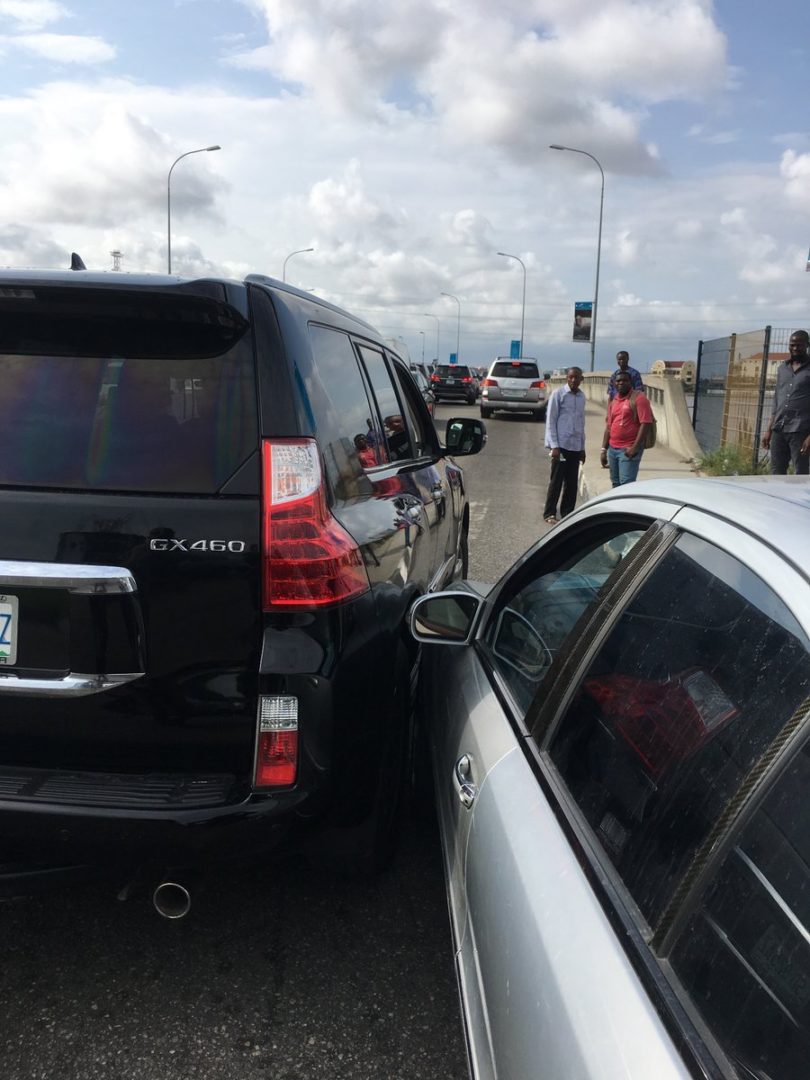 “Finally police come we get to the station, the woman in charge goes ahh this is a minor issue now. Just small car scratch.. my legs and hands are shaking I’m about to break down because over and over again it has been come clear that we are not safe
“Eventually, calls are made, the DPO is like do want charges pressed then this bastard starts to beg. He has a wife and two sons. The guts! Having approached my car and slapped me and called me a harlot.
“Now everyone is begging. That he has nothing. It took me threee hours to get this ass hole to admit hitting me first. It took making fucking calls to get the police to take it seriously. Nigeria is fucking doomed, women are not safe and every establishment is controlled by men. 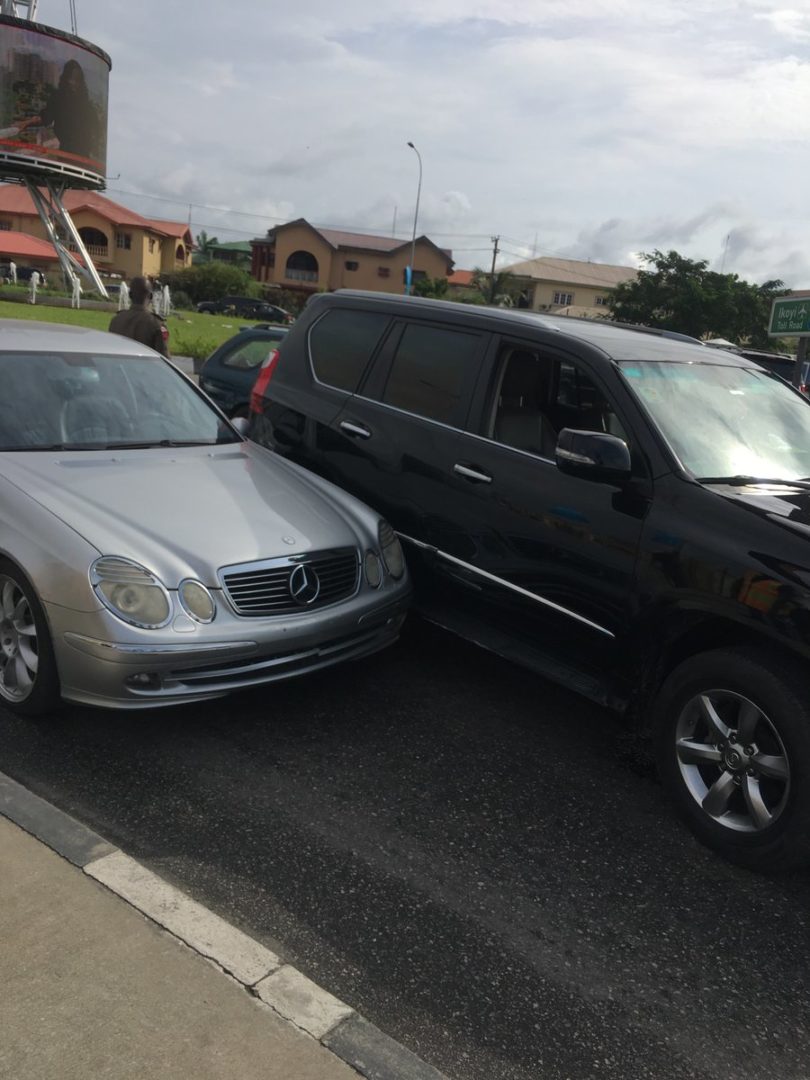 “I am hurt, I am angry, I am in disbelief and really I cannot wait to up and leave. Because you no what guys I have lived in many different African countries, Nigeria is not a giant, it’s not even an ant. No institutions work and half of the citizens – women are not valued
“I came to Nigeria to do law school for 18 months. Even though my family home is another African country I thought it’d be good to come home after 14 years of living in many places on the continent but just not ‘home.’ I was excited but Nigeria has beat me up over and over again”.
READ ALSO – But why? Nigeria missing from the list of top 10 Countries with the largest p!nis in the world
Gistreel