Toke Makinwa who jumped on the ‘material girl’ debate, has stated that a rich guy will never complain about women loving money. 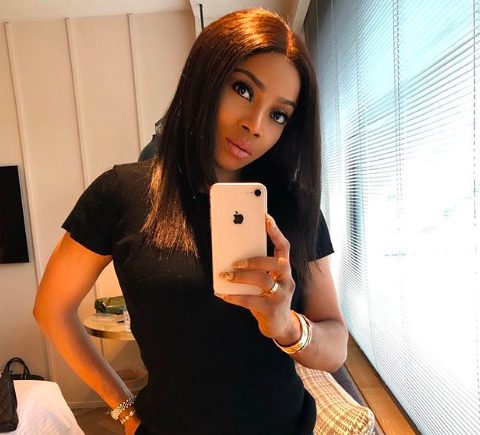 According to Toke Makinwa it is always the gorrillas with coins that stick to the complaint. Read her Insta-story post below;

This is coming after the media personality revealed that her ideal man shouldn’t be rich. She made this known on her Twitter page on Tuesday, October 2, 2018.

“Today, in my thirties, the complete one for me doesn’t have to be rich, but he has to be able to take care of me she #Thecompleteone share yours? Your complete man should be…” she tweeted.

She also went on to call on those people who have continued to troll her about marriage, to show her where she can actually find one.

“All of you people on Twitter constantly telling me to go and find husband or go and marry need to complete your tweet with where they sell them,” she tweeted.

Toke Makinwa had also stated that marrying for money is lame, and she is yet to see anyone leave a bad marriage and do badly afterwards. See her post below:

“Staying in a domestic marriage because of financial gain or the lies you tell yourself about surviving is lame, I’m yet to see anyone leave a bad situation do badly, it’s the fear that keeps you from your potential.”

READ ALSO – ‘If I no find husband in one year, I’m coming to share yours’ – Toke Makinwa tells Annie Idibia
Lailasnews