Rihanna’s lingerie company Savage X had a blowout Black Friday Sale yesterday. And to ensure that the sale would garner attention, Rihanna posed TOPLESS to advertise it.

The pop superstar’s lingerie company has been growing by leaps and bounds over the past few years. Yesterday, Rihanna announced to followers on Instagram that she was offering special “Black Friday” discounts on her underwear brand Savage x Fenty.

But she didn’t just make an announcement . . . she did it Rihanna style. She actually wore some of the lingerie. At least the panties.

Her fans were left feeling very thankful on Thanksgiving as they rushed to comment on the “perfect” picture.

Some hailed her a “queen” while others gushed over the “beautiful” and “hot” picture.

Fenty also shared a shot from the photoshoot, with the same lingerie but a slightly different pose, writing: “Santa RiRi got gifts for the NAUGHTY-not-NICE!” 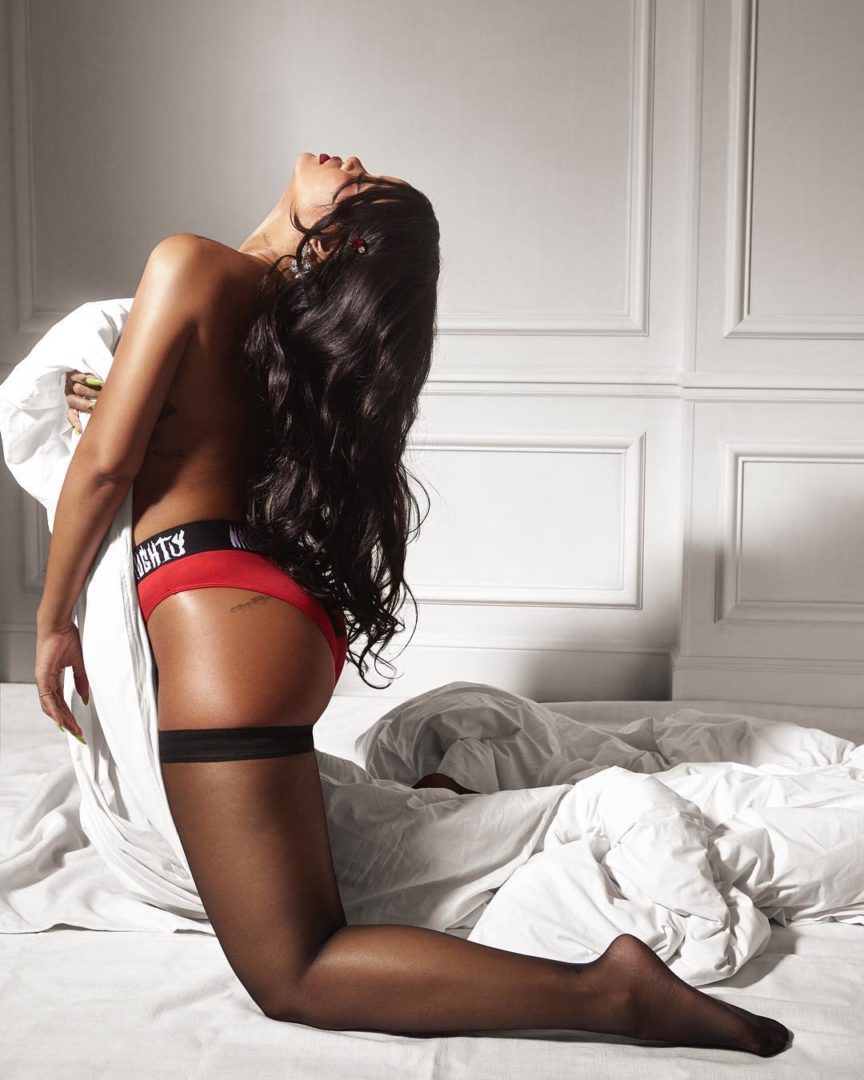 But many fans used the pictures to beg the Diamonds singer to get back in the studio to release some more tracks, having not released an album since 2016.

Rihanna was topless in the images. Here they are:

Rihanna, 30, first launched Fenty Beauty as a cosmetics brand in September 2017, soon featured in stores across the world and hailed for its inclusively across skin tones and genders.

Months later, the singer launched SAVAGE X FENTY, a lingerie line for women, again hailed for its inclusivity in both products and promotions.