Serena Williams is by far the greatest Sports person of all time and no need to further question her stand as her countless records and ground breaking Open Era record in Tennis tells it all.

With a total 23 Grand Slam to her credits,Serena took a Break from tennis last year after winning the Aussie Open Back in January 2017 to give birth to her daughter Olympia 8 months later.

This year, she has had the best come back in Tennis, reaching two Grand Slam finals in Wimbledon and US Open, while also reaching the quarter finals of the French Open before withdrawing due to Injuries. 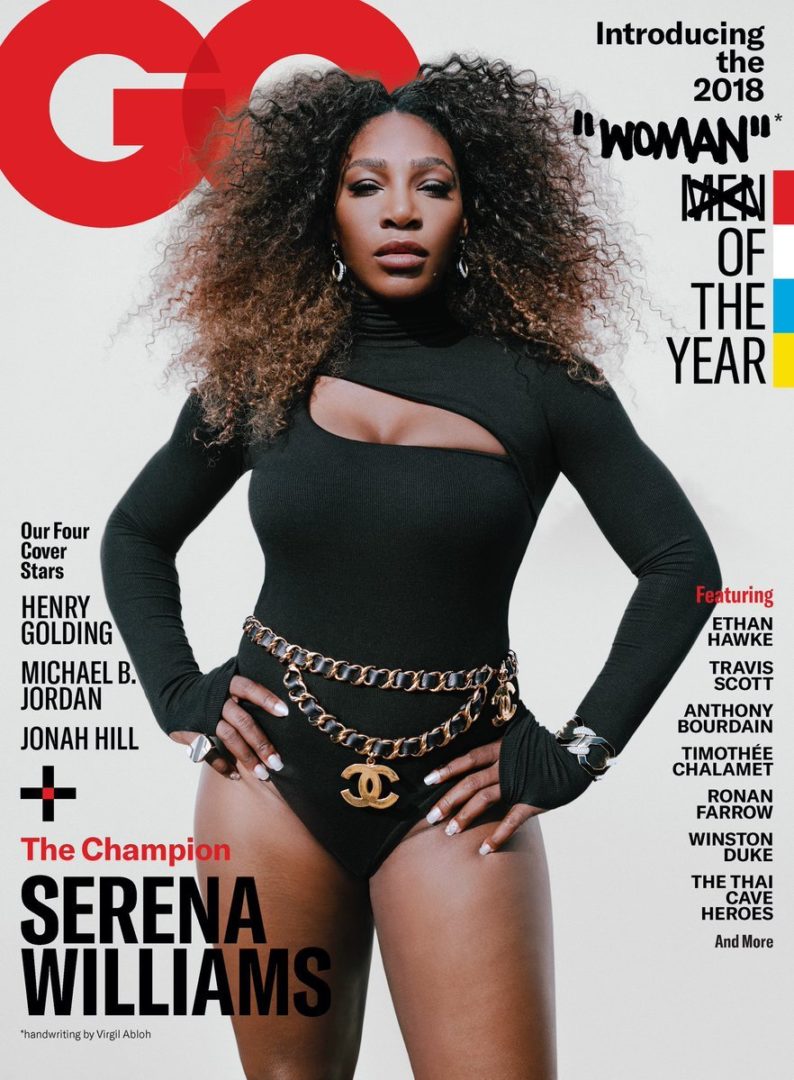 All this attributes to the reason why she is named GQ Magazine Woman of the Year, according to aol, GQ named Serena Williams its Woman of the Year on Monday, and not everyone is happy about her cover.

Your GQ’s 2018 Woman of the Year: Serena Williams ??? pic.twitter.com/wDL0ILsMTh

The magazine announced that Michael B. Jordan, Henry Golding and Jonah Hill were some of its Men of the Year, and that the all-time tennis great was its sole Woman of the Year — but it’s the outlet’s decision to put the word “woman” in quotes, as handwritten by designer and Williams collaborator, Virgil Abloh, that is turning some heads on Twitter.

“[GQ] decided to put woman in quotes on Serena’s cover and I too am offended and disgusted knowing the gender slights and digs people still throw at [Serena],” one person tweeted.

“They really put ‘woman’ in quotes in reference to Serena and no one at the table thought it was a bad idea,” another user mused. “I’m speechless.”

Writer E. Alex Jung let a simple comparison do the talking, by putting Serena’s cover next to Gal Gadot’s, who was named Woman of the Year by GQ last year.

“You KNOW this cover had to be approved by a team of people and they all thought the quotes were fine,” someone replied to his comparison. “What the f–k?”

Though the decision to put woman in quotes is being viewed as questionable by some, added context around the Abloh’s handwritten edit on the cover may shed some light on the magazine’s move: Abloh, of Off-White and Louis Vuitton, designed Serena’s US Open tutu dress and routinely uses quotation marks on his Off-White designs.