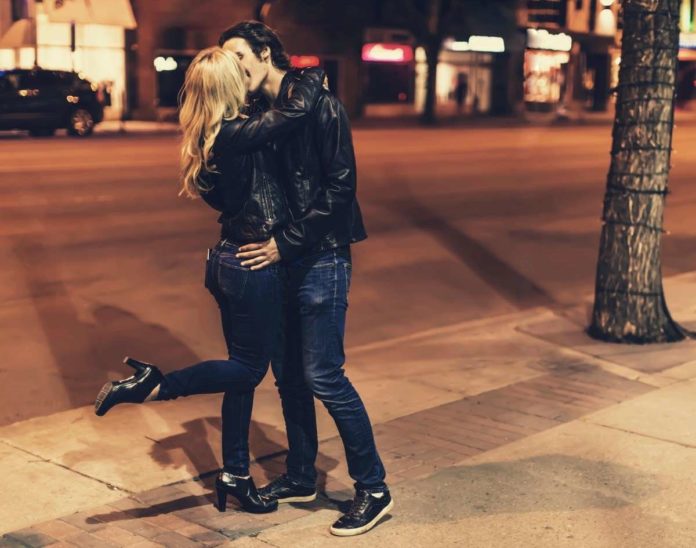 It’s a trope as old as time—or at least rom-coms: That women, when kissed passionately, will subconsciously kick their leg back. If you’ve been living under a rock forever, and don’t know what we’re talking about, refer to this iconic clip from The Princess Diaries:

What you’re seeing here has a name: the “foot pop.” And, at this point, it’s practically cemented into the collective public hive mind as a bona fide display of pure affection.

In fact, this is what makes the topic surprisingly contested one. Through popular culture, we’re taught to believe that, if one feels a certain way about a kiss, then a foot pop is inevitable.

But here’s the thing: it might not be legit—at all.

How did we get here?

Sure, the romantic comedies of the ’80s and ’90s may have popularized the foot pop. But it could be decades older than that. In fact, it might even date back to the iconic Times Square kiss photo from the end of World War II (which has since thought to have been staged…because of the foot pop), where a surprised woman somehow manages to slightly lift her leg in the middle of kissing a just-back-from-the-war solider.

Since that iconic embrace, couples on the silver screen have, in a way, inherently fooled the dating public. We’ve since been taught that, in order to truly show that a kiss is screen-worthy, a foot pop is essential.

But, as Justin Garcia of the Kinsey Institute pointed out to Salon, though the science behind affection has been thoroughly studied, there is absolutely no definitive evidence or scientific research to suggest that either sex, let alone women, actually lift their leg in subconscious bliss mid-kiss.

“I don’t know of any data about why people (women?) raise their leg during a kiss in movies. I suspect it’s socially scripted—a way to express passion, like a toe curl. But, I don’t think anyone has ever looked at how well that body movement is documented, and if so in what gender, and also, if so, what kissing behaviors elicit it,” he said.

Further, when real women were asked whether or not they ever implemented this movie trope, most declared that they had never done it, though some shared a sense of guilt attributed to the feelings of passion that they felt they weren’t expressing without occasionally buying into said trope and lifting their leg in the name of tradition. And, as surprising as it is that this trope hasn’t been further investigated, it just goes to show that it’s a trend that seems to only stick on the silver screen. The foot pop, as it turns out, is merely a sign of the cinema—not a sign of the times. And for more on how subconscious ticks might affect your love life, learn all about the 30 Body Language Cues That Indicate Your Relationship Is Doomed.