As the percentage of  international female celebrities having plastic surgery skyrockets, Nigerian celebrities are not left out .

Many Nigerian female celebrities have gone under the knife. While some plastic surgery transformations  have been amazing, others haven’t been too impressive.

Also,because people in his part of the world are less receptive to such extreme cosmetic procedures, many women who undergo it ,try to conceal it. However, it is incredibly hard to pass off a surgically enhanced body is natural.

Which is your favorite transformation?

Tonto Dikeh was the first Nigerian female celebrity to openly own up to having plastic surgery.

The mom of one had a full ”mommy makeover” which  included liposuction and breast implants. 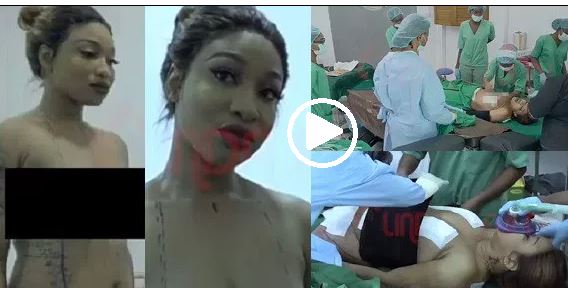 She confirmed this on her reality show ”King Tonto ,on Linda Ikeji TV.

On January 2nd, 2018, she confirmed it writing on Instagram

“HAPPY NEW YEAR TO MY SURGEON AND HIS CREW. Wish you all a great and fulfilled new year,Thanks for all you do for humanity..Thanks for letting God use you in my life as a great source of Joy!!”For the first time I took my time to appreciate my new body(Damn too sexy by the way),I cried,I leaped with joy and all I can say is am so ready to conquer the world with my new found confidence…

We have to confess, she didn’t go overboard and looks really good!

Nollywood actress,Onyi Alex is one of the first Nigerian female celebrities whose plastic surgery transformation wowed many.

Though she has never admitted to going under the knife, her transformation from a slim lady to an hour glass figure is anything but natural.

And no, we can’t credit squats with such transformation.

However, we have to admit, her doctor deserves some accolades.

Oh you haven’t noticed right? That’s because Nollywood actress,Ini Edo probably didn’t need to go under the knife. But, she did .The actress who is famous for her curvaceous behind  ,had a little sculpting to make her hips look rounder. She also reportedly had a boob job and Brazilian butt lift.

But we have to repeat, Ini Edo didn’t need to .

In 2017, it became obvious she was undergoing a major transformation as her butt grew noticeably bigger.And while many attributed it to baby weight gain, in 2018, it became very obvious her curves was more than just baby fat. Her waist grew thinner and her butt bigger,evidence of a Brazilian butt job.

And just in case you feel she has any regrets, she doesn’t. She is proudly flaunting her ass-ets for all to see.

Actress and business woman,Caroline Danjuma was probably one of the first to go under the knife. The mom of three had a complete makeover shortly before it was revealed she had split from her billionaire hubby, Musa Danjuma. 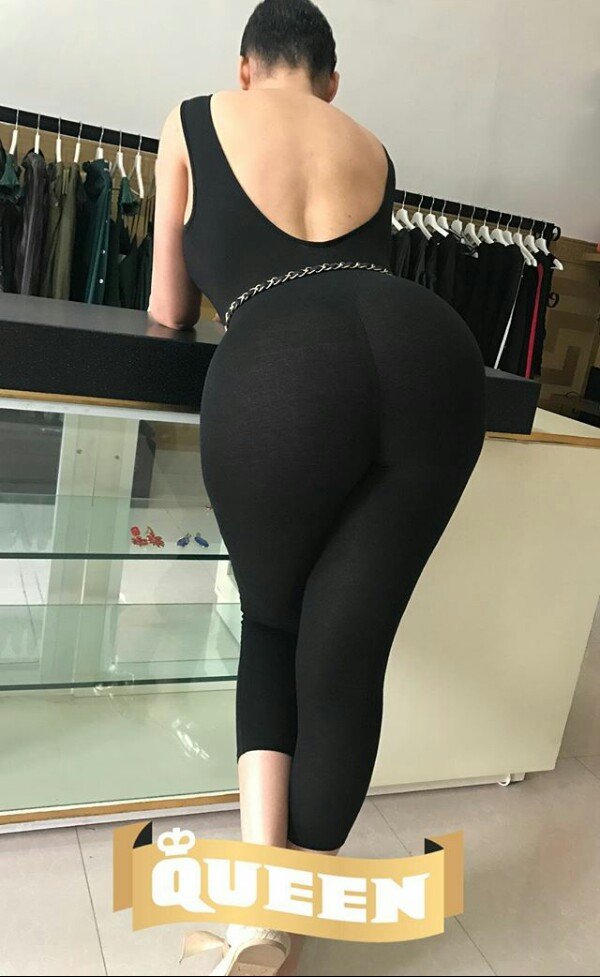 Caroline had liposuction, Brazilian butt lift and a boob job.

We have to say,her doctor did a good job.

Nollywood actress, Rukky Sanda‘s transformation had us wowed. She transformed from a slim beauty into a thick and curvy one. She reportedly had a Brazilian butt lift ,liposuction and a nose job.

Also,she did good by first adding some weight to enable her thighs look proportional with her new butt.There is nothing more faux pas than having butt implants on tiny thighs.

Yea, we saved the best for last. Nigerian media personality, Toke Makinwa is the latest celebrity to have plastic surgery. Though she has not publicly acknowledged it,her latest photos say it all. Besides she has been sending out subliminal messages about loving her new body.

I love my body..She tweeted recently

She has also been flaunting it unapologetically,earning her the nickname, Nigerian Kim Kardashian.

They say a picture tells a thousand words ,so looking at Toke’s photo,we can be sure of two words, liposuction and Brazilian butt.

READ ALSO – Moyo Lawal Shows Off Her Huge Boobs In New Photo,Says Nigerians Are In Trouble