Home News You’re the one thing I got absolutely right” Banky W gushes over...

It has never been in doubt that Banky W is super-fond of his beautiful wife, Adesua Etomi.

Everyone knows this and his fans often talk about how smitten he is with her attractiveness.

The singer has shown off his wife multiple times on social media, gushing over her beauty and elegance each time. The woman on her own part is also very fond of her husband and dotes on him very often.

Banky W is grateful for the woman he chose as his wife and he’s letting the world know this.

His comment was in reaction to Adesua’s speech just before Banky declared his intention to contest for a seat in the House of Representatives. 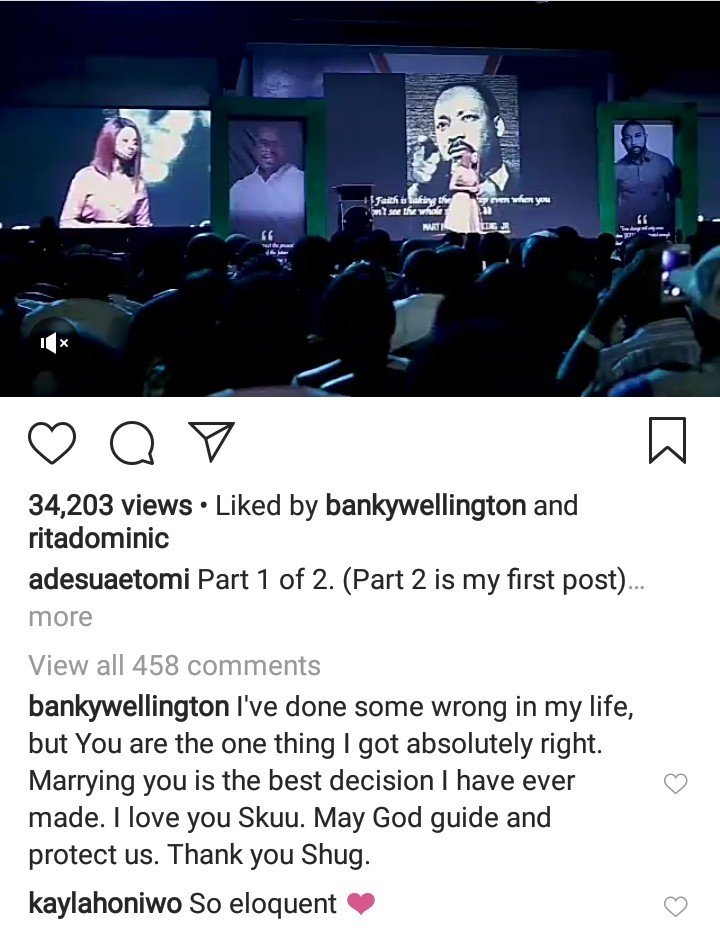