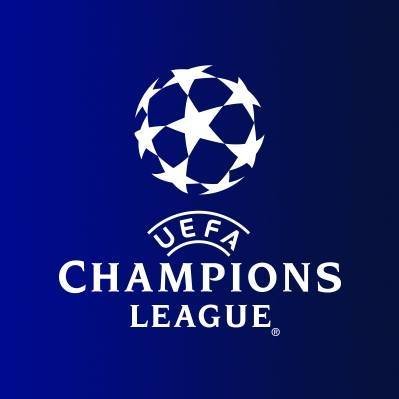 Manchester United will face Neymar and Paris Saint-Germain in the last 16 of the Champions League, while Liverpool boss Jurgen Klopp must tackle German opposition in the form of Bayern Munich.

Elsewhere, Lyon have been handed the unenviable task of trying to shackle Lionel Messi and Barcelona, Roma have been paired with Porto and Ajax with reigning champions Real Madrid.

The biggest tie of the round will see Jose Mourinho’s out-of-sorts Manchester United side lock horns with Ligue 1 title holders PSG.

The French giants boast the likes of Neymar, Kylian Mbappe and Edinson Cavani on their books and have made no secret of their desire to complement domestic dominance with European glory.

United have endured a testing 2018-19 campaign to date, but continental competition could offer welcome relief as they ready themselves for the biggest of tests.

Liverpool, who reached the final of last season’s competition, are also going to have to do things the hard way if they are to prolong another challenge for the most prestigious of prizes.

Bayern have not been at their best this season, with a humbling tumble from the Bundesliga summit having been endured, but they boast enough experience and quality within their ranks to trouble the Reds.

Klopp’s side are flying, though, in the Premier League and will fancy their chances against anybody, particularly on memorable European nights at Anfield.

Real Madrid were the side to deny Liverpool a place on the top of the podium in 2017-18, as they captured a third successive crown.

Santiago Solari has been charged with the task of replicating the success enjoyed by Zinedine Zidane and can now prepare his side – who are heading to Abu Dhabi for the Club World Cup – for a heavyweight encounter with Ajax.

The Blancos’ arch-rivals Barcelona will hope to have too much for French opponents Lyon, with club talisman Messi having returned to devastating form over recent weeks in the wake of his Ballon d’Or snub.

The Argentine’s eternal rival, Portuguese superstar Ronaldo, also missed out on another Golden Ball, but is eyeing up a fourth Champions League triumph in as many years and a sixth of his remarkable career.

He is now with Juventus and will find himself back in the familiar surroundings of the Spanish capital in 2019 when the Bianconeri take on Atletico Madrid.

Manchester City will be looking for Pep Guardiola to mastermind a deep run into the competition, with the Premier League champions still pursuing a first Champions League success.

Schalke stand in their way at the next stage, with that contest set to see Leroy Sane reunited with his former club.

Tottenham are also set to face German opponents, with Mauricio Pochettino having seen his side sneak through a testing group to land a second round clash with Bundesliga leaders Borussia Dortmund – who will have Jadon Sancho lining up against England team-mates such as Harry Kane and Dele Alli.

The final game of the last 16 will see Roma, who made it to the semi-finals last season, taking on Porto.

The first legs of the eagerly-anticipated fixtures mentioned above will take place on February 12/13 and 19/20, with the return dates pencilled in for two weeks later.

Johnson Olumide - December 20, 2019 0
Popular blogger Linda Ikeji has given the world a hint about the man in her life. The heavily pregnant media personality took to her IG...

Violette - November 22, 2019 0
Nollywood popular actress Angela Okorie who has acted in so many Nigeria movies seem to have taken it upon her self to teach fans...

Nigerian Actress,Bimbo Thomas Gives list of Actors She Admires and Could Kiss on Set

Violette - September 2, 2018 0
Nollywood actress, Bimbo Thomas whose stardom story began with Funke Akindele’s film, “Omo Ghetto” has revealed that there are few actors she could kiss...