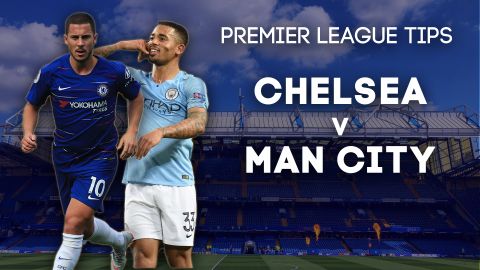 One of the biggest games that will go down this weekend is the match between Chelsea and Man City to be played at Stamford Bridge.

Of this two sides, Chelsea are the poor performing side, this is because the Blues have been defeated in their last two matches against Tottenham and recently against Wolverhampton.

Coach Sarri will likely want to start his strongest squad against Pep Guardiola but he has hinted in a pre-match statement that Marcos Alonso may not start, this might give Italian defender, Emerson a chance to start.

At the midfield, the duo of Jorginho and N’golo Kante will start but there are uncertainties on who to play in the third role among the trio of Matto Kovacic, Ross Barkley, and Ruben Loftus-Cheek.

Willian is likely to be rested while Pedro will come in to start alongside Eden Hazard while Olivier Giroud will play as the center forward.

Below is how Chelsea can lineup

Considering Man City top form, the game will end with 2-1 in favor of Man City.

Violette - December 29, 2019 0
Popular Media Personality, Toke Makinwa has finally understood the source of her problem as she admits that sometimes she's the cause of the problem. Toke...

Kimberly Elise turned 48 years old,Celebrates by Hiking with her Dog

Johnson Olumide - February 17, 2020 0
Kimberly Elise turned 48 years old yesterday and the brunette actress had a lot of things to God for and also thanking all her...