Truth be told, true reporting is dead in Nigeria. No more critical review. We Nigerians are now like dummies that we take everything hook, line and sinker.

We dont evaluate and ask questions anymore. Anyone who critically review our leaders will be term ipod or afonja; our artistes, haters.

The other day, Oyemike told DJ cuppy the truth about her recently dropped song, and he was blasted everywhere online as haters. Osagie said similar thing about MI. All hell was let loose on the poor guys. Where is Chocolate City with MI as the President? Chocolate city that once pride as one of the best record label in Nigeria. But ass-lickers around MI and the PR press wont let him hear the truth

Can DJ cuppy perform that wack song on same stage where music enigma like Beyonce, Jayz, Usher and even Coffee of South Africa who was the performing DJ/Artiste with Usher and Pharell Wiliams yesterday were setting the stage on fire? That is absolutely ‘impossicantility’ of highest of the highest order!

We celebrate mediocre here in Nigeria. See wizkid performing on stage and seemed like no one was here. He was just walking and couldnt connect with the crowd. Infact, there was no communication with his DJ that he had to tell him twice to increase the tempo because the truth is, they were not feeling your wizkid!

Then Tiwa Savage…my Doro Tiwa went on stage to further embarrass the nation Naija further. Tiwa’s hypeman was shouting too much and drowning her voice on her own stage. It was a poor sight to behold!

A Niniola or Yemi Alade would have shut the stage down with mesmerizing performances. A Davido, yes, same frog-voice Davido would have lit the stage on fire even with his ‘noise’.

Though less vocal than Wizkid but his energy up and down any stage would have caused some havoc. Good havoc! the Tubaba would have on a ‘FIA’ level

Then came again the most incredible entertainer out of Africa, Dbanj. He was a million star on the stage. His stagecraft was electrifying. They loved his stage presence and could go on and on if there was time. 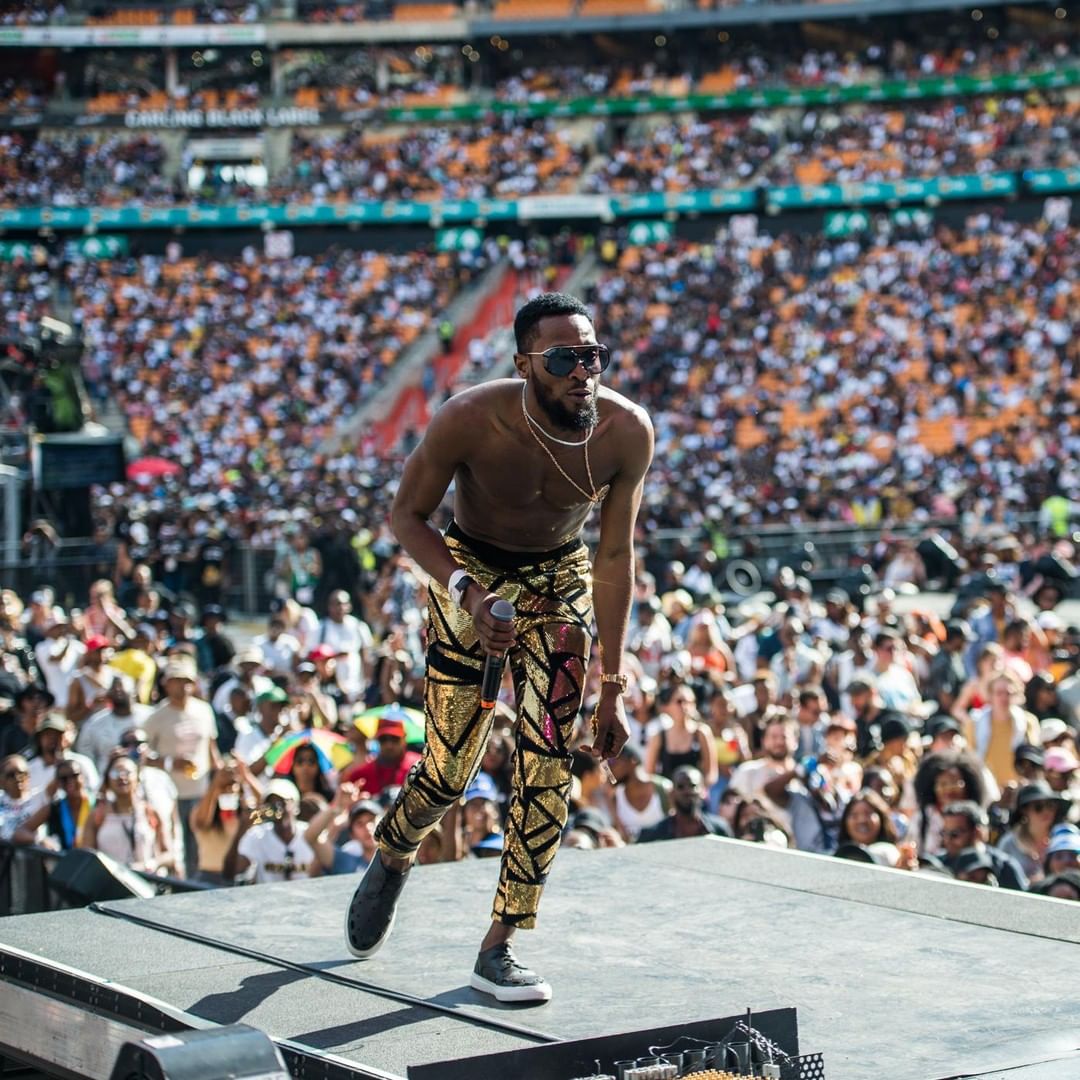 In fact a South African lady mentioned that although Dbanj needs to enter studio with a good producer who will help make a hit, he had a star power that was rare among performing artistes

Casper Nyovest was too good. He was damn too great on stage. Infact, Chris Martins of Coldplay even came to lace his booth live on the stage! What about Usher and Pharell williams? Magnificent!

Please dont bother to mention Ed. That guy was totally something else. He was his own choir master, guitar man, piano man, backup artiste, band and lead singer. He was just too much that people even forget there was anyone like Tiwa or wizkid on that same stage earlier

The truth is what sells our artistes here in Nigeria is just PR. No more critical review. Imagine wizkid saying live on stage, ‘let’s drop the African biggest song of the year in 2018’ and went on to play ‘soco’.

That tha heck!! Who dashed him or the song biggest song of the year. Same mediocre artistes will be carting the highest numbers of awards every year when we have music power houses here in this country but never give the right platform or PR to shine!

Once some of our so called big artistes drop songs, go to social media and come and see comments hailing some of those wackos and gibberish jingles that radio and TV stations would wash down our throat. Live performance at the Global Citizen concert really exposed some of our so-called African biggest artistes!

Did you noticed as everywhere was quiet in Nigeria after the concert after our PR paying artistes performed below par. That is how we are not calling a spade what it is. That is how our artistes are not been put under immense pressure to justify the heavy money been paid to them per show.

Imagine what Ed made from Tour last year which was close to $400 million. ONLY FROM TOUR! And one Teckno who can hardly play any live concert would come on social media and say ‘voice was damaged’ due to so much live events’ performance? Did he mean all his CDs he has been performing from are now cracked or damaged? It’s so pathetic!

Johnson Olumide - March 11, 2018 0
Adeniyi Fashina popularly known as J-Fash is here again with another banger of the year. While Duro Re is still trending all around the globe, J-Fash collaborates with the Umbele...

Johnson Olumide - February 17, 2020 0
The 2015 Edition of the Music Meet Runway(MMR5) held at the Eko Hotel and Suites on Tuesday December 22 and so many beautiful moment...

Violette - November 30, 2019 0
Award winning singer, Omawunmi is not taking anything for granted as she stuns the internet with a hot, sexy picture of herself. Omawunmi who has...

Johnson Olumide - March 21, 2020 0
Beautiful singer made the claim that she will love to win the Grammy one day and the response she been getting on her page...