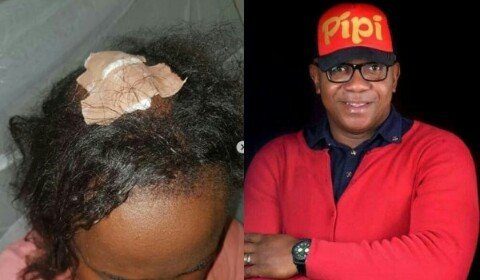 A housewife who allegedly caught her husband cheating with another woman, has been attacked by her husband in yet another story of domestic violence.

The victim after the attack by her husband

An Instagram user identified as Gladys Odogbo Meribe (@jst_gigis), has taken to the social networking platform to share some graphic photos of a woman who was brutally attacked by her own husband. 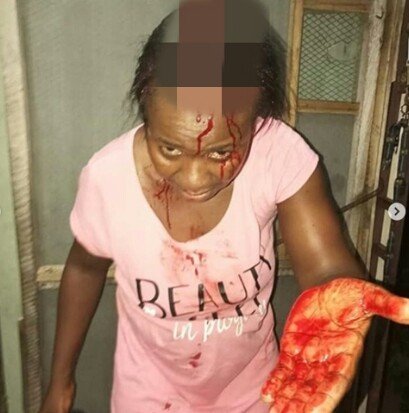 According to Gladys who shared the story online, her aunt was a victim of yet another domestic violence after her husband assaulted and broke her head after she caught him cheating with another woman.

She posted the photos and wrote:

“Am so pissed off. how can this man claim to love his wife & mother of his kids and did this to her after been caught cheating with another woman.

“This is not the first time he ha been doing this. It has to stop. The worst is that his family are supporting him.”

The identity of the victim and her husband, or where in the country the incident happened were not ascertained by us as at the time of filing this report.