Home News I may lose my balance if I reduce my hair – TY...

TY Bello, the Nigerian singer and photographer who has a signature afro hairstyle has disclosed that she might lose balance if she reduces her hair.

TY Bello who also spoke about her collaboration with gospel singer, Tope Alabi, on the song, Logan Ti Ode, in the interview with Saturday Beats, recounted how she was shocked with the feedback on social media.

“The collaboration between Tope Alabi and me was purely inspired by God and our session was beautiful. We hardly had conversations in between and the song just came out like a waterfall; it was so effortless. I was pleasantly surprised by the feedback.

“I knew people would love it but I did not know that they would love it like that. People took the song very personal and it meant a lot to people because it sounded like their story. When I heard the song for the first time, I cried. I guess everybody had the same response. I cried because I could relate with the story.

“I have been doing spontaneous worship for almost three years and it is a new way I have found to make music where I am basically singing a new song unto the Lord. I take it literally. I come together with other musicians and we sing songs that we do not know. I think I have found my new way of releasing music because I have always wanted to do it my way. For me, spontaneous worship is more sincere and effortless in the sense that I am not forcing things. I think I have found my space. I would have a lot of albums coming out from the session. Right now, I have about 12 albums that could come out of the past sessions,” the photographer said. 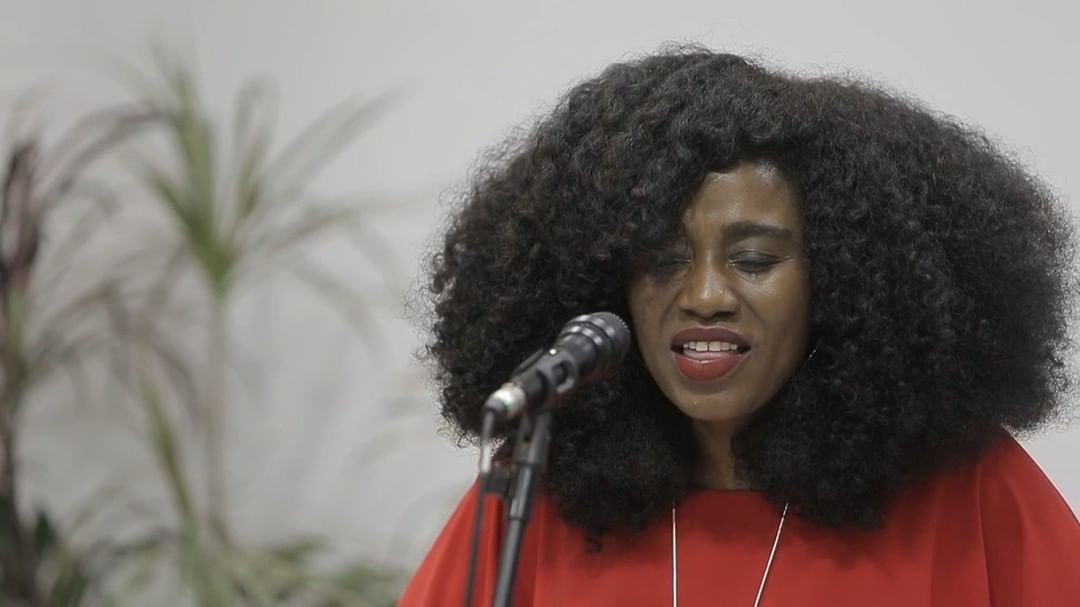 TY Bello who also hinted on a possibility of a reunion with a former member of Kush, the all-female group she belonged to that took the country by storm in the early 2000s, said;

“I was thinking about the other members of Kush some weeks back and this might just be the perfect platform for us to get back together because in reality, most of what we did were spontaneous songs. We just sang songs that we did not know and they became real songs. Everyone is busy at the moment but whenever we have to connect, it is always beautiful.”

On reducing her hair, she said;

“If my hair was lower, I would probably lose my balance. I am used to carrying a big and full hair and it is actually fun.”