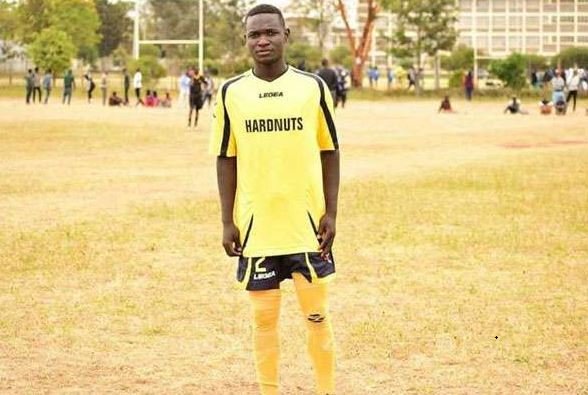 Kenyan footballer Allan Mbote, has been struck dead by lightning as he celebrated his team’s equalizer against their opponents.
According to a report by The Standard of Kenya, the victim, Allan Mbote, was a 20-year-old Kenyatta University student. He played as a defender for a team known as Red Sharks.

The incident happened on Sunday, with five other players also injured by the lightning during Nangina Ward Football Tournament at Luchululo village.

Three of the players are still on admission at Nangina Mission Hospital.

Kenyatta University has confirmed the death of the second year student.

The MP for the area, Dr. Oundo Mudenyo also sent his condolence as he wrote:

“Some tragedies are hard to take: lightening striking a player during a soccer match! RIP Allan Mbote.”

The Standard reported that Mbote’s death was the latest lightning tragedy to hit Kenya in recent days.