Nicki Minaj showed off her alleged boyfriend who is a convicted rapist on Instagram, and with this seems to have confirmed her relationship the 40-year-old father of five whose mugshots were also posted online last week. 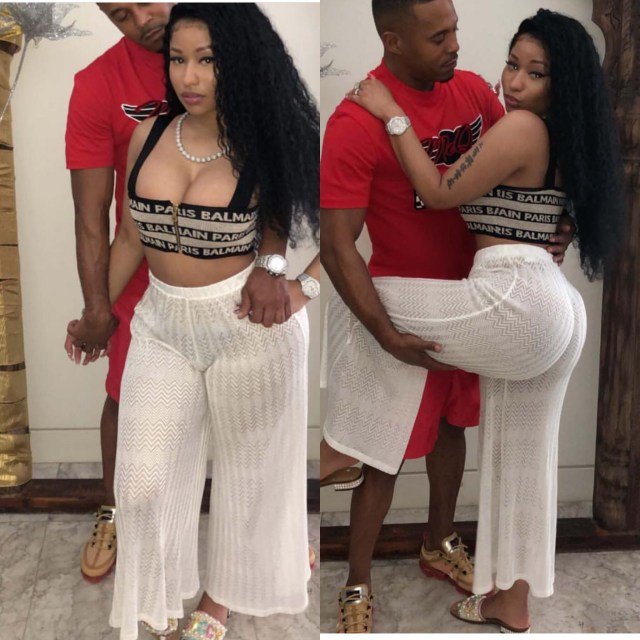 Nicki Minaj who showed off her alleged boyfriend who is a convicted rapist identified as Kenneth ‘Zoo’ Petty on social media, however turned off the comment section of the post. She wrote;

Did you ever make it out of that town where nothing ever happens?..it’s no secret…that the both is us are running out of time.’

Kenneth’s rape charge happened in 1995 when he was convicted of raping a 16 year old girl and sentence was 18 to 54 months. Kenneth’s baby mama had also labeled him a deadbeat dad who does nothing for his kids.

‘I dont understand why people are always happy about someone downfall’ – Mompha Blast...

Johnson Olumide - June 10, 2020 0
I dont understand why people are happy about someone downfall, are the exact words of Nigerian Instagram celebrity Mompha whom has been in Nigeria over...

Maria Carey shows off her Ample Cleavages in a Tight Leather Jeans and Black...

#BBNAIJA: I had an Erection the moment you wore a Sexy Black Outfit –...

Johnson Olumide - August 8, 2020 0
Big Brother Naija House mate Ozo aka Mr Entanglement finally confessed to his love interest Nengi that she made him have an erection. Ozo revealed to...

Johnson Olumide - February 18, 2020 0
The Nollywood actress is just too hot to handle in this new photo she shared on her social Media page. (adsbygoogle = window.adsbygoogle || ).push({}); She...