Nicki Minaj was seen grinding on her boyfriend, Kenneth Petty, during her PDA 36th filled birthday party as she was literally showered with love and affection. 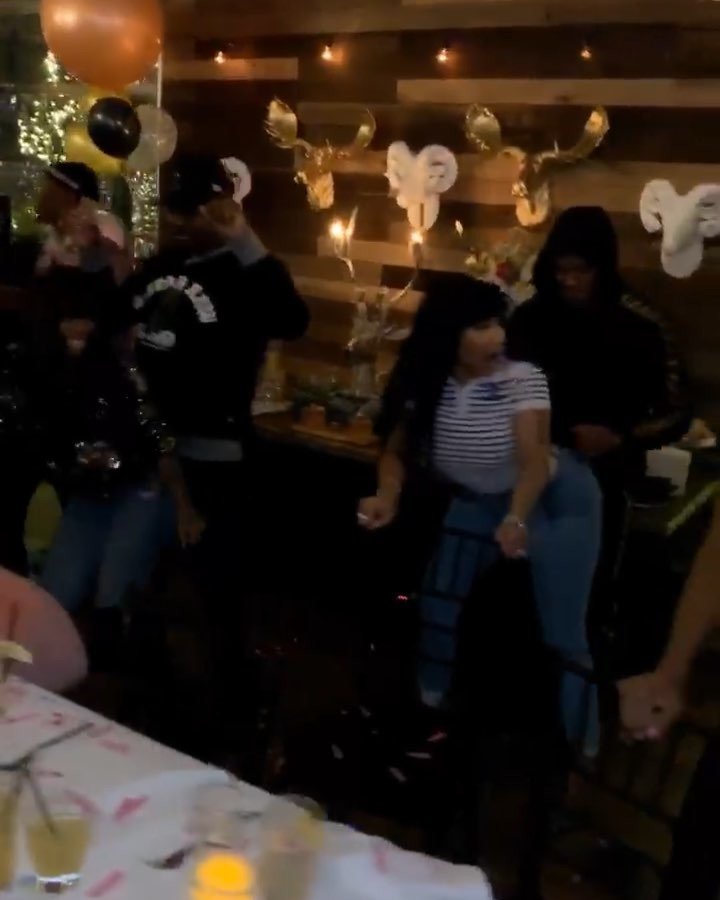 The rapper and her new boyfriend showed off a heavy amount of PDA at the celebrations hosted by DJ Rah Ali on Wednesday night.

And even though nearly 20 of Nicki’s closest friends gathered at The Lodge by STK in downtown New York City, the Queen performer only had eyes for Kenneth.

Checkout the videos of Nicki grinding on her man below;

Kenneth Petty and Nicki Minaj know each other from way back but his criminal history turned out to be off-putting to many of Nicki’s fans.

While a section of the Barbs is defending her relentlessly, another group is against the relationship.

Violette - November 10, 2019 0
Nigeria Fashionista Toyin Lawani has taken to her Instagram Page to celebrate her friend and fellow Fashionista Jaruma who adds one year to her...

Johnson Olumide - March 3, 2021 0
Nollywood Actor and Legendary Broadcaster Sadiq Daba have died this evening around 8:30 pm after years of battling leukaemia and cancer. In 2017, the veteran...

Violette - November 10, 2019 0
Former Big Brother Naija housemate, Diane has again shown how beautiful and sexy she is as she wow fans with another stunning pics. Diane who...

I cant Forgive my Father, He was a Selfish Man – Bisola BBNaija

Johnson Olumide - November 7, 2018 0
Big Brother Naija star, Bisola, opened up in a monologue by Dangnetwork, revealing that her dad was selfish and it will be hard to...