Yesterday Afternoon,We reported that Nigerian Singer and street crooner Small Doctor aka Omo Beta was arrested by the Nigerian Police Force along the Oshodi Express way for unlawful Possession of Arms and threatening to Shoot a Policeman.

According to Lailasnews, Edgal Imohimi, Lagos State Commissioner of Police while parading the musician along with three other persons said he was arrested on allegations that he threatened a Police officer who was on traffic duty along Oshodi expressway, Lagos.

“It was alleged that some unknown men, four of them, in an unregistered green SUV had brought out a gun and threatened a policeman that if he does not leave the road, they will shoot him.

Believing that they were armed robbers, I sent out my men and fortunately, with the DPO in charge of Shogunle division, they were able to intercept them and the men were arrested and were brought down to the headquarters for interrogation.

It was then discovered that one of them is the same Adekunle Temitope, a.k.a. ‘Small Doctor’. They were arrested in possession of a functional rifle, cartridge and some of their personal belongings” Imohimi said. 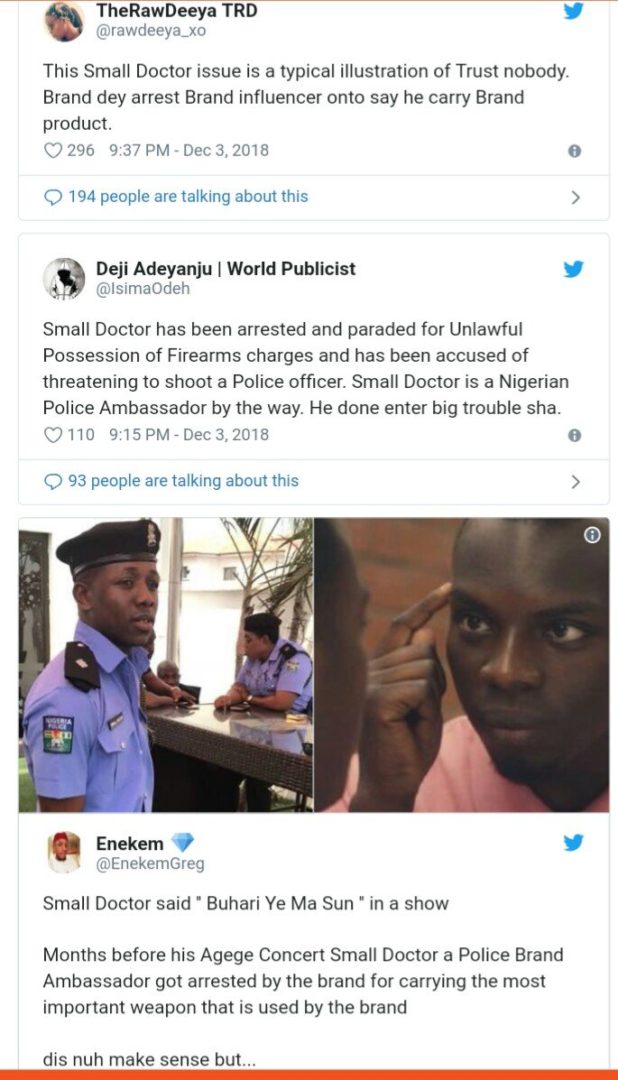 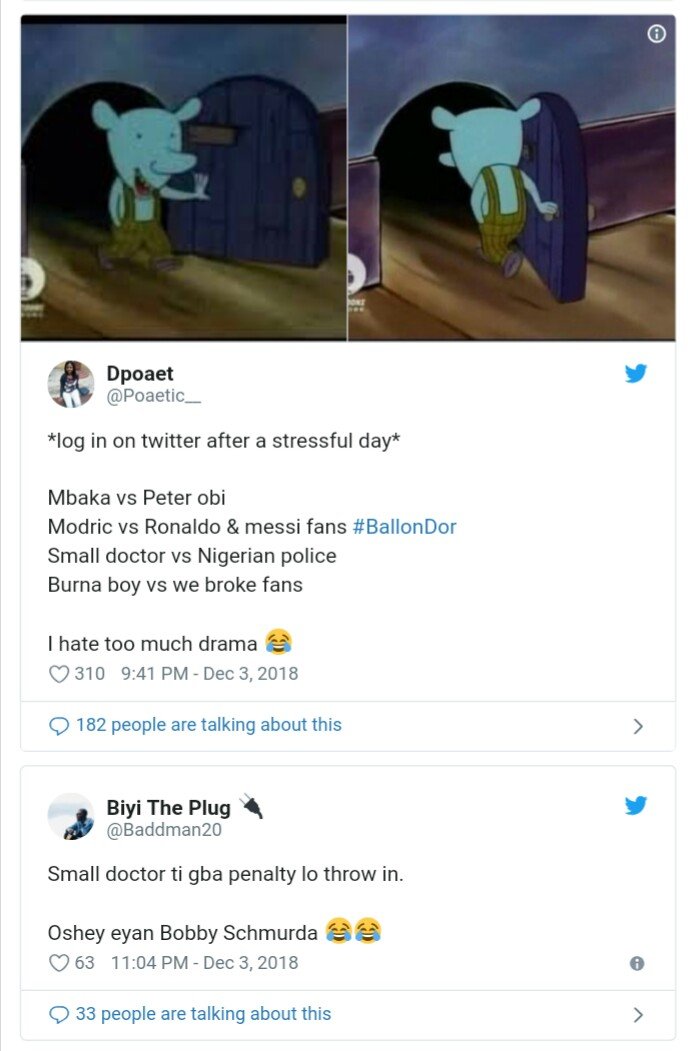 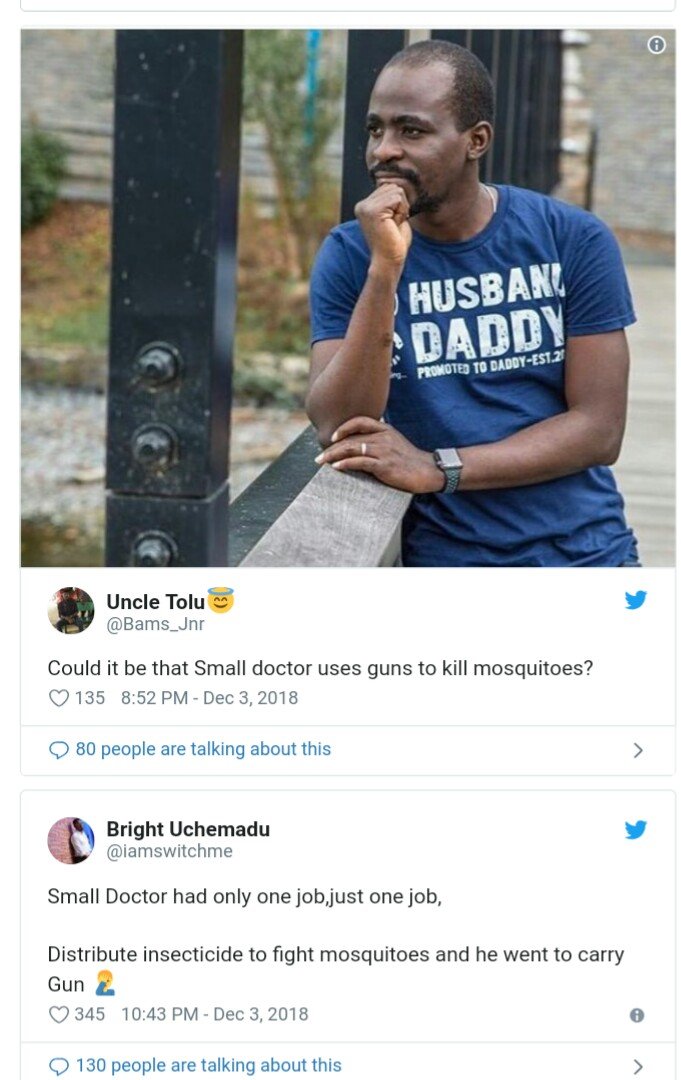 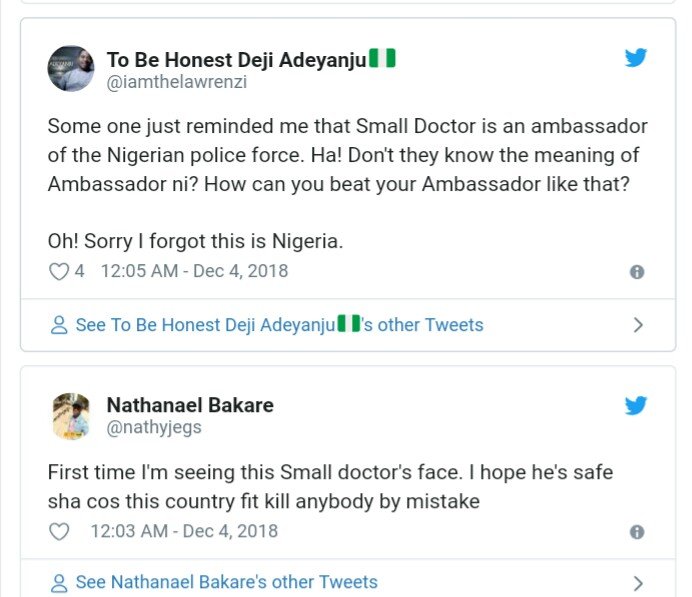 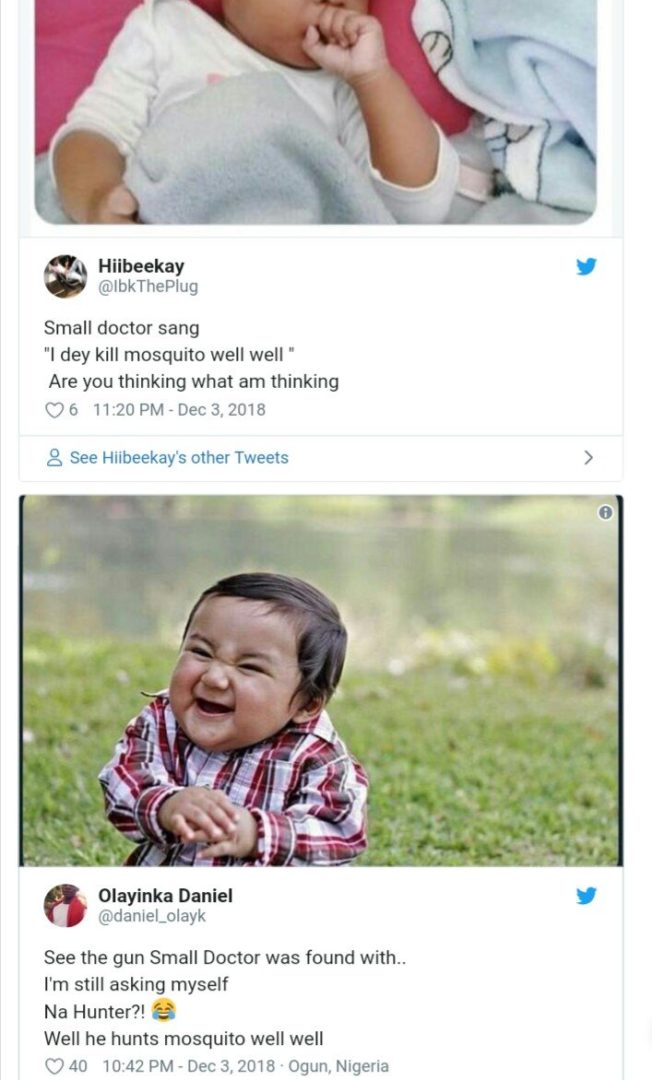 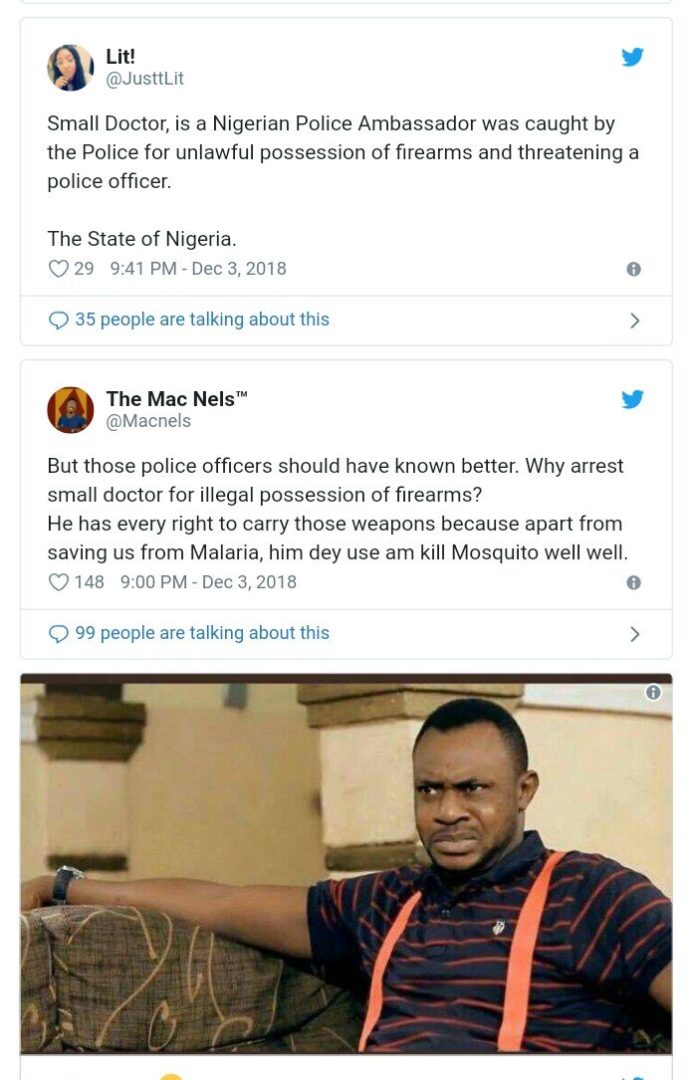