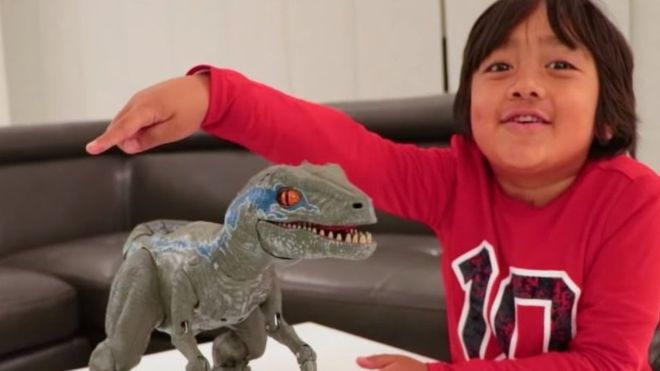 A eight-year-old boy who reviews toys has been revealed as YouTube’s highest-earning star, raking in $22m (₦8 Bn).

The estimate by Forbes magazine found that ryan of ryan toysreview pipped Jake Paul by $500,000 for the 12 months to June.

Videos are posted most days and one promoting a blue giant mystery egg bearing ryan‘s face has had more than a million views since Sunday.

ryan‘s earnings, which do not include tax or fees charged by agents or lawyers, have doubled compared with the previous year. 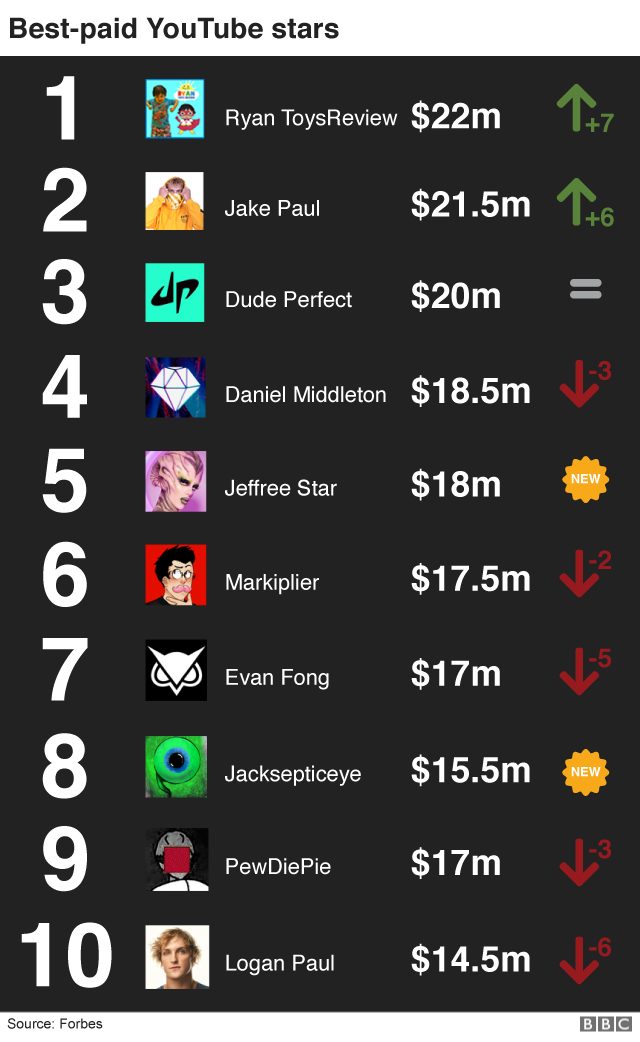 Asked by NBC why kids liked watching his videos, ryan – who is now eight – replied: “Because I’m entertaining and I’m funny.”

Since the channel was set up by ryan‘s parents in March 2015, its videos have had almost 26 billion views and amassed 17.3 million followers.

Forbes said all but $1m of the $22m total is generated by advertising shown before videos, with the remainder coming from sponsored posts.

The amount generated by sponsored posts is small compared with other top YouTubers, Forbes writes. It is “the result not only of how few deals ryan (or his family) chooses to accept, but also the fact that his pint-sized demographic isn’t exactly all that flush”.

Violette - May 12, 2020 0
‘Lucious Lyon’ is already tired of the drama. American Actor, Terrence Howard, who plays ‘Lucious Lyon’ in the American drama series ‘Empire’ has announced...

Tyra Banks Breakdown On Set of her New Talk show Lamenting about her not...

Johnson Olumide - February 17, 2020 0
Tyra Banks Breakdown On Set of her New Talk show  The CEO, and Host of the most popular reality fashion show in the US called...