Ion Tiriac believes that Serena Williams did not get punished enough for her actions during the US Open final against Naomi Osaka. 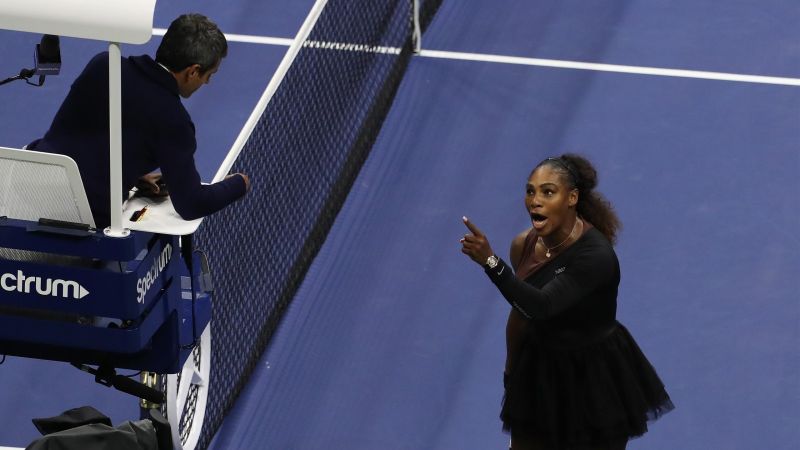 Serena got a point and game penalty mid-match and the day after, she was fined $17,000.

Tiriac made a comparison with Ilie Nastase, who will not serve as Romania’s Fed Cup team captain until 2021 for his actions in April 2017 and his claims on Serena’s skin color.

‘This is sexism! How can you ban Nastase for three years without listening to him? How can you give her a $17,000 fine, when someone got banned for around five years.

She is just one of the four billion mothers having children,‘ said Tiriac as quoted by DigiSport.

Tiriac also criticized FC Barcelona star Gerard Pique for coming up with the new Davis Cup format: ‘Now we have to take lessons from a footballer.

18 teams over seven days, playing for money. I told Pique to stay in football. I spoke to Blatter to make him get back to football. He does not understand anything, but it does not surprise me, he is a footballer.’

Tiriac also criticized Serena for her withdrawal from the French Open fourth-round match earlier this year against Maria Sharapova: ‘All these people, who are big personalities, sometimes do things that should not be done.

With all due respect for Serena, she needs to respect rules. She withdraws from the match that everybody is waiting for, there are 20,000 fans there, it’s a shame for the sports in general.’

Violette - April 1, 2018 0
After the party though, Ebuka went into the house with the housemates and the dreaded envelope was brought to him.

Adekunle Gold Gets Frantic With Simi As He Advise Her On Her Music Career...

Violette - November 23, 2019 0
Adekunle Gold has shown how much love he has for his wife Simi as he advice her on her music career Simi who recently drop...

Do not cry if your future is affected – BBNaija’s Khafi warns women participating...

Violette - January 29, 2021 0
Big Brother Naija reality star Khafi Kareem has issued a stern warning to women who are currently participating in the silhouette challenge on social...