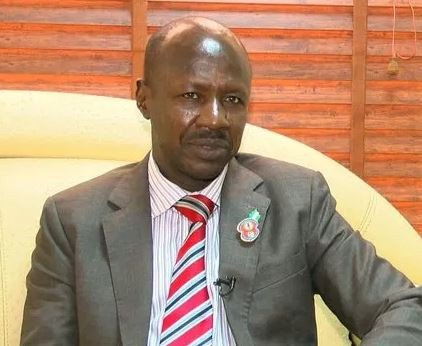 Fresh reports reaching Igbere TV has it that the FG is not leaving any stone unturned in its effort to trace and repatriate illicit funds that might had been looted and stashed away in far away Dubai, United Arab Emirates by fraudulent politicians and top government officials.

The aim is to be able to seize such property with ease and bring the owners to justice in line with its anti-corruption disposition,” a source Igbere Tv on Tuesday.

Igbere Tv learnt from an EFCC source that Magu and his lieutenants are taking advantage of the ongoing three-day event of the 2019 Intersec Security Summit in UAE to meet with the Dubai intelligence community to strategize on how to close in on owners of illicit cash and property in that nation, a tourist destination for most Nigerian elite.

A top federal government official who described the government’s latest move as timely, said that the Dubai summit is one of the largest security and intelligence gatherings in the world where concerted efforts are taken to prevent illicit funds from undermining the national security.

The government official said:
“I can tell you authoritatively that the Nigerian team led by Magu, met with the Dubai intelligence last Monday in company of crack detectives for intelligence sharing and cooperation.

This is directly connected to the illicit assets tracing and financial flow vis-a-vis the commission’s active surveillance on vote-buying and monitoring of its funding source. You will recall that the purpose of those who looted our commonwealth is to bring in the illicit funds into the country in order to undermine national security and engage in voter inducement.

Please note that the development is capable of scaring investors, discouraging investments and crippling the economy,” the top officials said.

The development came barely 24 hours after the Minister of Information, Mr. Lai Mohammed, raised the alarm that some unnamed elements were planning the disrupt the forthcoming elections but did not give any evidence to buttress the claim, citing security reports as his basis.

The Special Assistant on Media to the EFCC Chairman, Tony Amokeodo, however declined to confirm or deny the story, saying however that his boss and some crack detectives from the commission were outside the country for serious assignment but did not name the particular country.”