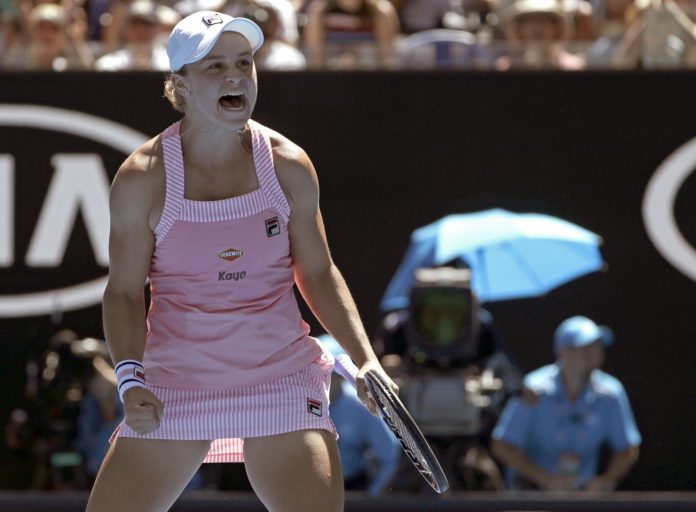 MELBOURNE, Australia (AP) — Ash Barty didn’t want to play tennis. Didn’t want to watch tennis, or even talk about the sport. She took a break from the tour after the 2014 U.S. Open to explore another career — in cricket. 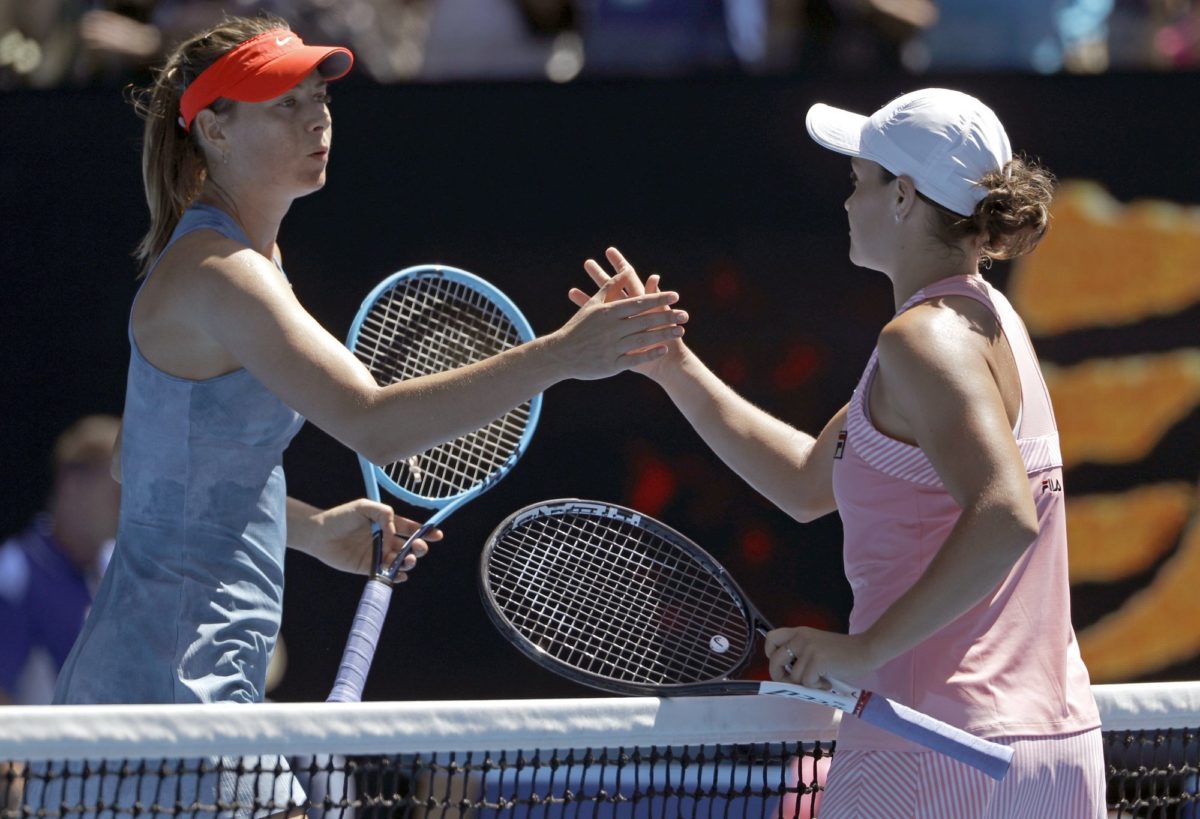 Yes, cricket. The game of wickets, tea breaks, of bowling maiden overs or hitting the ball for six.

A little more than two years after switching back from bat to racket, Barty has caught the attention of a nation after becoming the first Australian woman in a decade to reach the quarterfinals of the Australian Open.

She beat five-time Grand Slam winner Maria Sharapova, the 2008 Australian titlist with a profile that transcends the sport, in a fourth-round match on Sunday that had the partisan crowd — including the prime minister — in raptures. They’re calling it the Barty Party.

“It’s amazing that it’s happening in Australia,” Barty said. “I have given myself the opportunity and the chance to play in front of the best crowd in the world on one of the best courts in the world and in my home Slam. There is absolutely nothing better.”

The great Rod Laver was there watching, in the stadium named in his honor. Other local celebrities were in the crowd and Prime Minister Scott Morrison was courtside in his green Aussie cap and with his family. So it was in vogue for Aussies to be watching. Anna Wintour, too.

There hasn’t been an Australian winner of the home Grand Slam in 41 years, since Chris O’Neil won the women’s title on grass in 1978. Mark Edmondson was the last Australian man to win the title, when he beat fellow Aussie and defending champion John Newcombe in 1976.

READ ALSO
Angelique Kerber says it's tougher to stay No. 1 than to get there 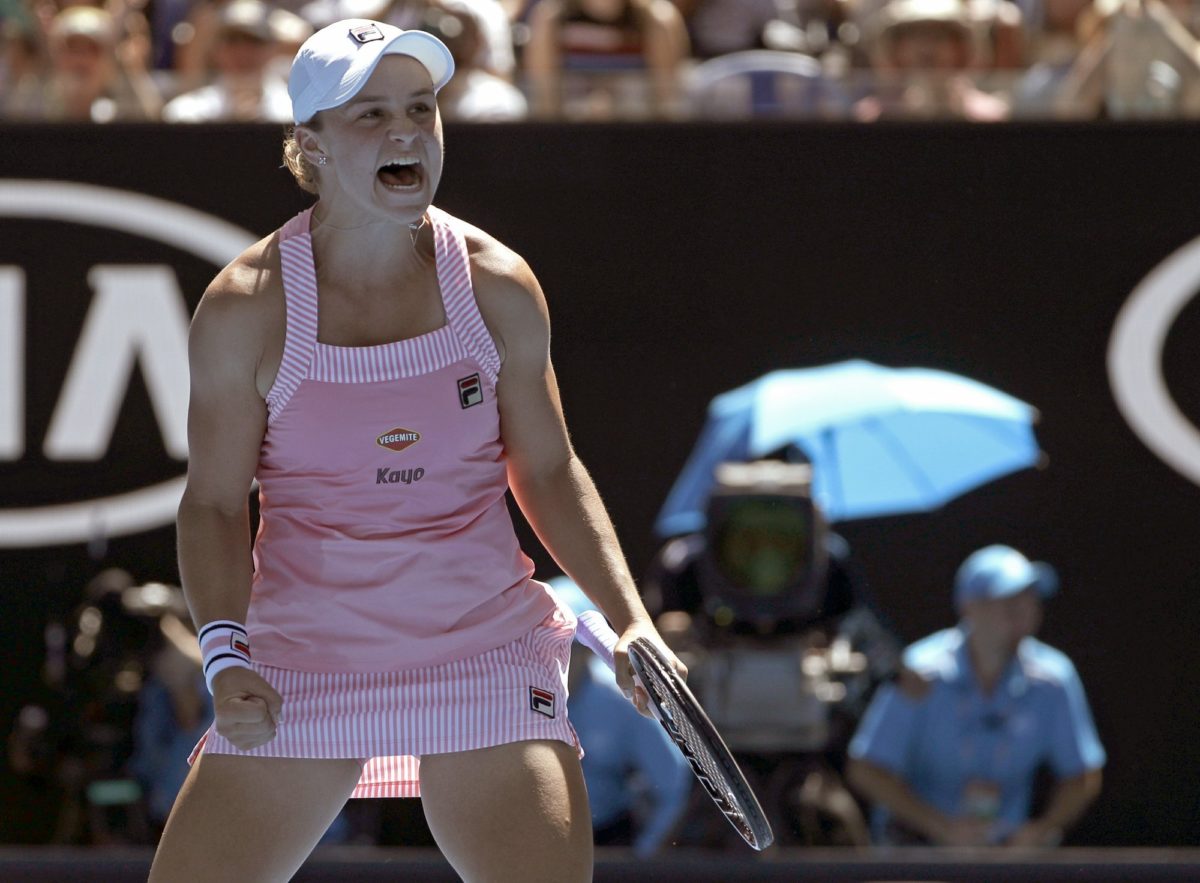 It took four match points and 2 hours, 22 minutes before Barty fended off Sharapova 4-6, 6-1, 6-4 to reach the quarterfinals of a major for the first time, and becoming the first Australian woman since Jelena Dokic to reach the last eight at Melbourne Park.

She’ll next play two-time Wimbledon champion Petra Kvitova, who beat 17-year-old American Amanda Anisimova 6-2, 6-1 to return to the Australian Open quarterfinals for the first time in seven years. Kvitova is on a nine-match roll, including a win over Barty last week in the Sydney International final.

Barty lost a tight first set before Sharapova started struggling on serve — the Russian finished with 10 double-faults in the match. After dropping the second set — midway through Barty’s nine-game winning roll — Sharapova took an extended break in the locker room and was booed when she came back to court. That’s a rarity for the five-time Grand Slam winner in these parts.

A comeback was always on the cards, though, and Sharapova pushed it the distance. A four-time finalist at Melbourne Park, she recovered from 4-0 down in the deciding set, forcing Barty to serve it out, and saved three match points in the last game.

Barty was elated but the celebrations contained. In her on-court interview, she saluted her former cricket team the Brisbane Heat and told the crowd she’d watched her former teammates on TV as they qualified for the final of Australia’s Women’s Big Bash League.

It’s a bit of a theme for Barty. She earlier told the host broadcaster that she didn’t watch a lot of tennis during the tournament because she got enough of it in practice and on court.

Asked later if she thought she’d be in the same position now if she hadn’t spent time away, Barty said her time in cricket was a good tonic.

“No, absolutely. I needed to take that time away,” she said. “I feel like I came back a better person on and off the court, a better tennis player.

“Yeah, for me, having that 18 months off was vital.

Coming into 2019, the 22-year-old former Wimbledon junior champion said she set herself some goals, and it primarily revolved around making the second week of the majors. She’d never been beyond the third round in Australia, and her best previous run at a Grand Slam tournament was a fourth-round exit at last year’s U.S. Open.

“So excited that we have been able to give myself a chance here to go deep, which is one of the ultimate goals for ’19 was to try and really get my teeth sunk into slams and get deep into the second week,” she said.

Barty has been troubling rivals with her slice backhand and unconventional style, which she describes as her own.

“I love to play with freedom and fun and try and create as much variety as possible,” she said. “Obviously my game is built around my serve and forehand and bringing in a variety with the slice.

“But there are no secrets in tennis. I think every day I try and challenge myself to add another string to my bow.”

Without Wizkid’s success, there won’t be a Davido, Burna Boy – British TV Host...

This isn’t a dream, it’s my reality – DJ Cuppy tensions Instagram with her...

Johnson Olumide - August 8, 2020 0
Nigeria and africa's most famous Female DJ, DJ Cuppy is sending out some signals to all the hot single men out there , telling...

“We will never ever forget” – Falz mourn EndSars victims one year after their...

Violette - October 20, 2021 0
Popular Nigerian singer, songwriter and activist, Folarin Falana popularly known as Falz has taken to social media to mourn the death of youths that...

Unilag student accuses Davido of refusing to pay 1 million Naira for a stuffed...

Johnson Olumide - January 7, 2022 0
It's been barely 24 hours after superstar singer Davido did his house warming party, a Unilag student took to social media to accuse Davido...