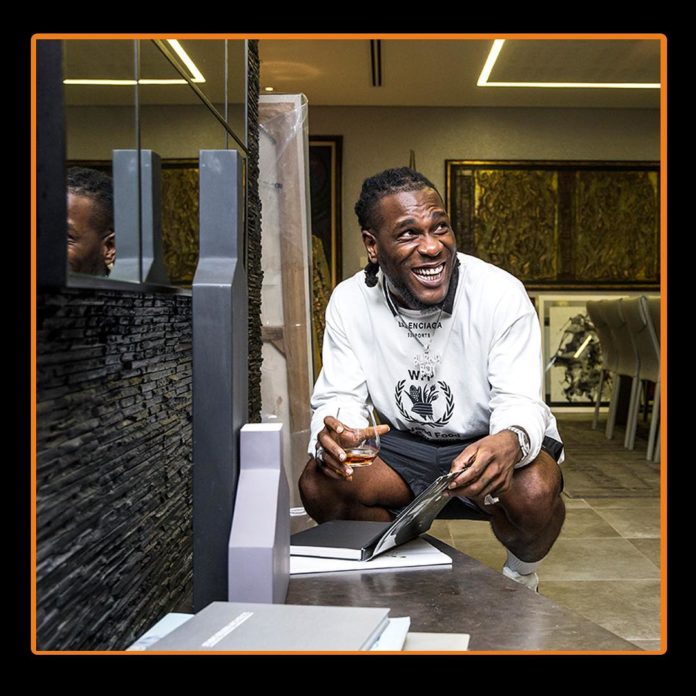 We reported that the singer in his post said that Nigeria is home to the largest number of backward unprogressive fools, because most Nigerians are not mentally advanced to fight for themselves.

Though he promised to fight for such people, he went on to thank some African intellectuals who according to him, never conform to any bullshit they are given.

However Nigerians who reacted to this, dragged the singer who according to them is allowing his ‘hype last year get into his head’. Here are some tweets below;

“Backward unprogressive fools” because you were corrected to embrace the pyramid pattern of how things works First feature and you want to be the headline artist. One can overreact but failing to admit one’s mistakes is where the problem lies He thinks he’s Mandela too.

Be like say Burna Boy body dey gbona, which country him dey oo, be like say their weed stong pass Nigeria own…. “Backward unprogressive fools” As a celebrity there’s some things you need know not to say I need a full refund of my 15k oo with extra for damages

Man this can’t be true, @burnaboy referered to Nigeria as a home of ‘Backward unprogressive fools’? if this is true, then something has gone terribly wrong. To say this is shocking is an understatement

This can never be my MCM.

Burna Boy Just Called Nigerians ”BACKWARD UNPROGRESSIVE FOOLS” it all started from a FONT. You all have given too much power and Attention to the wrong person this time,Man is now intoxicated cause he makes Songs that sounds good when you are HIGH

Okay, Now it’s beginning to seem like Burna boy just wants to trend. Because saying “Nigeria is the home to the largest number of backward unprogressive fools” was a really unnecessary thing for him to have said.

Burna Boy actually addressed two sets of Nigerians apparently so it’s left for you to choose where you belong. With the Backward Unprogressive Fools level (chai), or the sensible and intellectuals ones. Buh last last sha weed na bastard? pic.twitter.com/9GYKbKZZa3

Boys like burna boy and the rest are not ready to be role models for upcoming generations. Even dey themselves still need serious mentors to guide them. Money and been famous can just transform into common sense. Just pray for them and move on jare. #Backwardunprogressivefools

In all of this, Burna Boy said not one lie low key. It’s just bitter to swallow the truth when it’s handed out like that

Any Nigerian pissed that Burna Boy called SOME of them unprogressive fools is actually an UF.

Why trip if you’re not SOME ?

Buhari insulted and disgraced you all Internationally and you will still vote for him next month.

Uncle Burning Boy, you are correct that some individuals are backward Unprogressive Fools in this country. But it is inhuman for you to call your fans and those that made a lot of hype for you that way. I feel some Nigerians deserves an apology from except NANS#Burnaboy