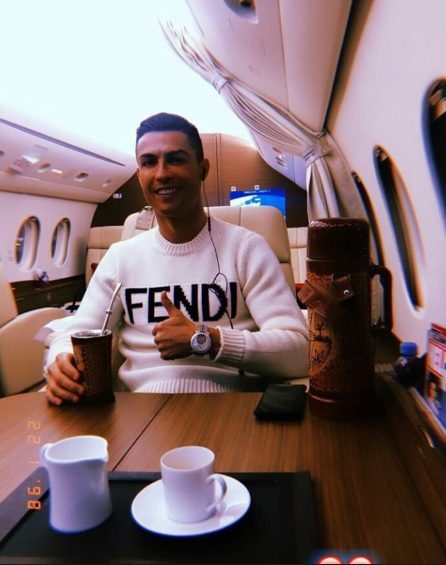 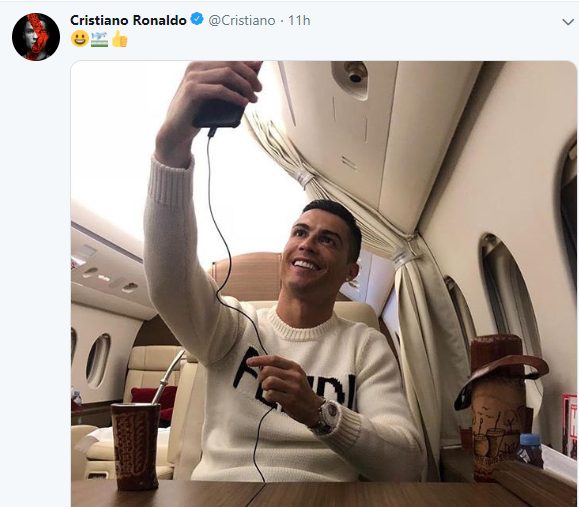 Cristiano Ronaldo has been strongly criticized for posting a smiling photo of himself taken in a private jet while footballer Emiliano Sala is still missing after the plane he was in vanished.

As the search for Sala was called off for the night, fellow footballer Cristiano Ronaldo tweeted a photo of himself taking a selfie in a private jet.

In another photo, he can be seen wearing a wide grin and giving a thumbs up in the aircraft as he left Madrid where he was given a suspended jail sentence for tax fraud.

Fans, sports lovers, and pundits thought Ronaldo’s photo was insensitive and they called him out for it.

Not the day for this tweet. It really isn’t. 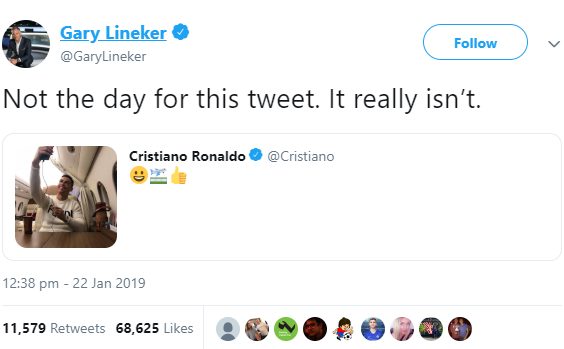 Other Twitter users told him it was wrong and disrespectful for him to share such a photo at a time like this while some asked him if he had read the news about Sala at all. 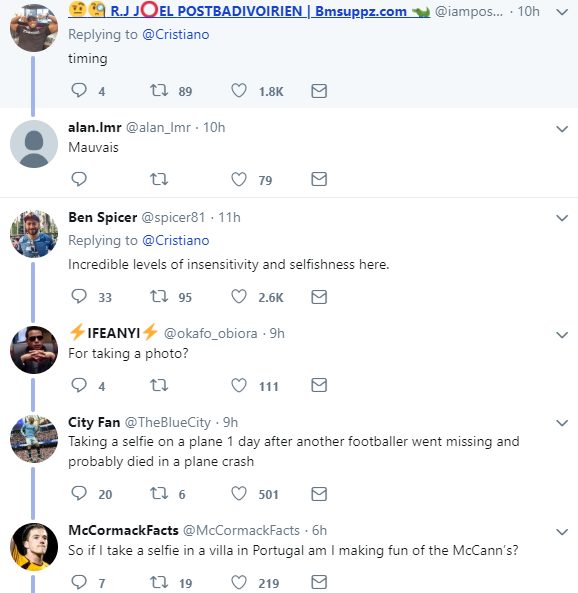