Home Entertainment Celebrities Davido Reveals Why his Girlfriend, Chioma Has Been Off Social Media

Fans of lovebirds, Davido and Chioma have been wondering why Chioma has been off social media since after his concert in December 2018. 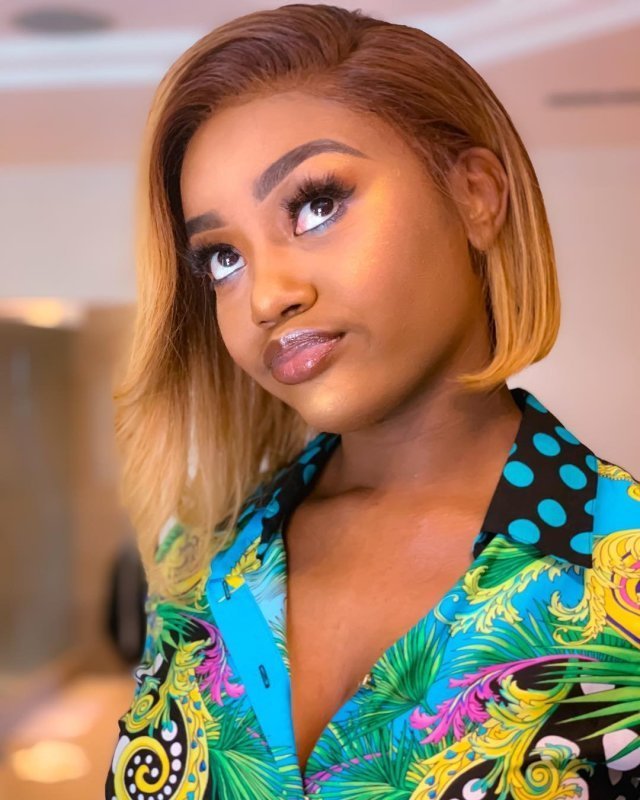 There are even rumours going around that Chioma deleted her Instagram account in protest of Davido’s praise singing of his two baby mamas who reunited recently.

Well, Davido has now cleared the air. According to him, she’s staying off social media and working on her cooking show as social media is not life!

He said this in a question and answer session with his fans on Twitter this morning.

“She’s working on her cooking show and doesn’t wanna get on social media for now … social media is not life!” he said. 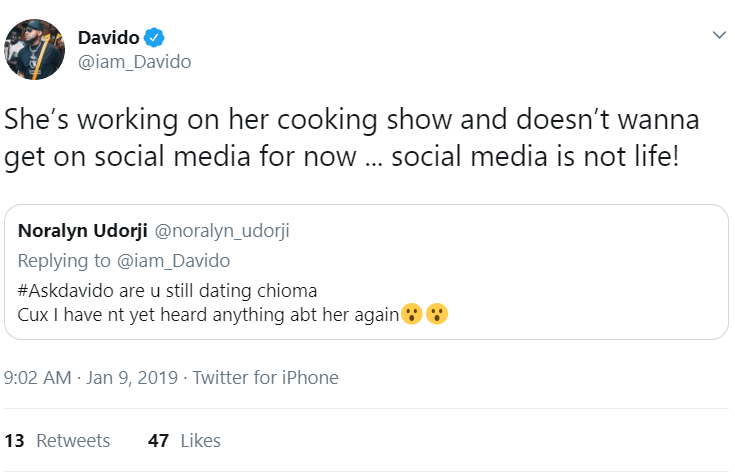 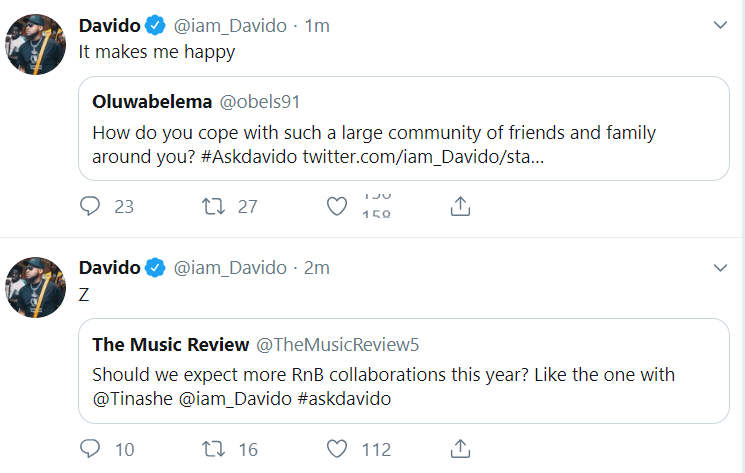