Home Entertainment Celebrities Davido Sold Out 02 Arena, As he Prepares to Perform In London 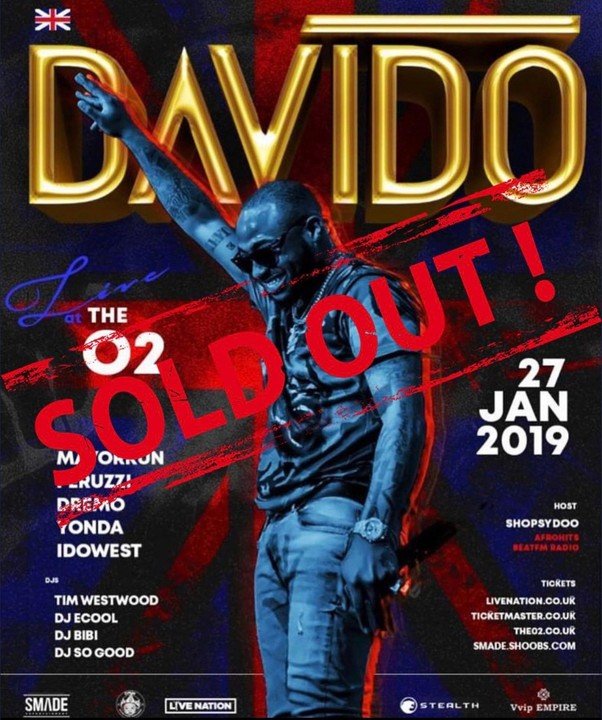 DMW boss, Davido has sold out the 02 arena as shared by the singer on his twitter handle few minutes ago.

After the Wireless Festival in June 2018, where Davido stole the show ahead of every artiste in the festival with a thrilling performance, the singer yet again sold out his concert at the 02Arena in London.

This show will have twenty thousand people in attendance and it won’t even hold in his parent country of Nigeria, but in the United Kingdom which makes it the unbelievable be done.

And also this would be the first time in the history of African music that an African artiste would be single-handedly headlining his own show at the famous 02 Arena in London.