Don Jazzy has joined the growing list of Nigerian celebrities, who have reacted to the Surviving R. Kelly documentary which aired few days ago.

Don Jazzy who disclosed that he was disgusted after watching the Surviving R. Kelly documentary, stated that he now hates being called ‘Daddy’. Here is his posts below; 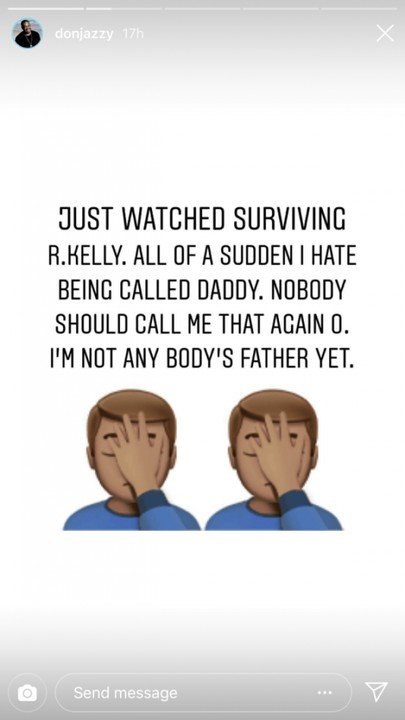 Recall that we reported that Sophia Momodu who also reacted to the Surviving R.Kelly documentary, had a message for those who think she is overprotective.

According to the mother of one, after watching the ‘Surviving R Kelly’ documentary, her over-protectiveness of her girl child she has with Davido just tripled. 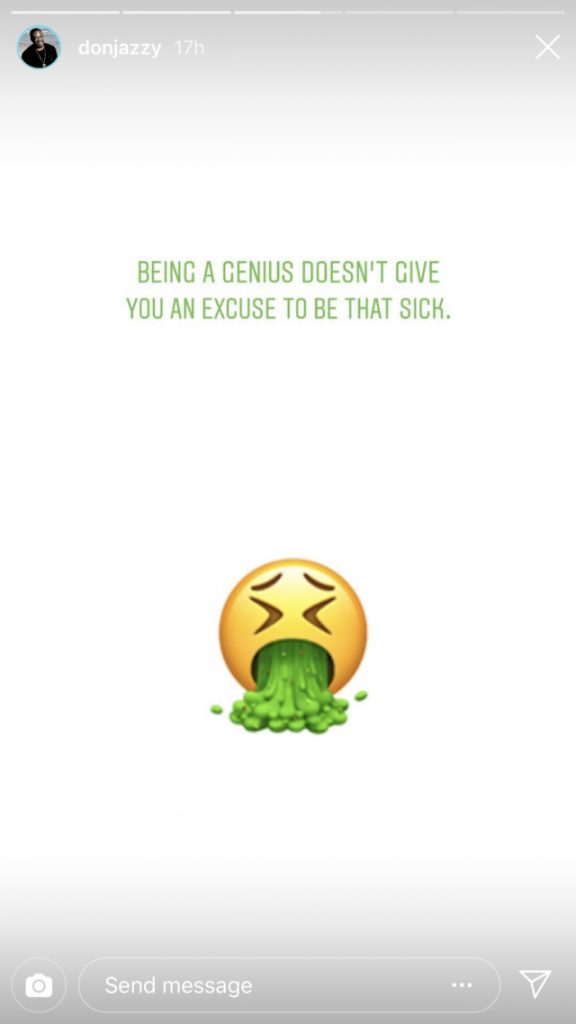 The ‘Surviving R Kelly’ documentary is an expansive look at the allegations against Mr. Kelly, a chart-topping artist whose history has invited extra scrutiny in recent years.

The series, “Surviving R. Kelly,” includes testimony from several women who accuse the singer of abuse, as well as commentary from Mr. Kelly’s critics, including the founder of the #MeToo movement, Tarana Burke, and the singer John Legend.

The six episodes, each an hour long, cover the long history of allegations against Mr. Kelly. They feature women who described being controlled or abused by him, often when they were teenagers, as well as associates and relatives of the singer.

In December 2018, an event promoting the docu-series was evacuated by the NYPD, after a gun threat was called in at the venue.

Mr. Kelly has continuously denied the allegations against him.

The documentary has become the subject of widespread attention and fierce debate on social media, with many expressing gratitude to the women who continue to tell their stories.

Violette - September 6, 2020 0
Erica have been disqualified from the ongoing Big Brother Naija 'Lockdown' show after the drama she pulled off last night concerning her grudges with...

Violette - July 17, 2020 0
The senior pastor and General overseer of Winners Chapel Pastor David Oyedepo is back spitting fire again about tithing. And this time around it is...

“I am not your mate” — BBNaija’s Tacha brags as Nicki Minaj follows her...

Violette - January 6, 2021 0
Big Brother Naija star Natasha Akide popularly known as Tacha is currently on cloud nine as one of the biggest personalities in the world...

Johnson Olumide - February 17, 2020 0
There is nothing compared to a father's love for his children and so was the same for Royalty chris brown daughter. You all remember The Pics above from...