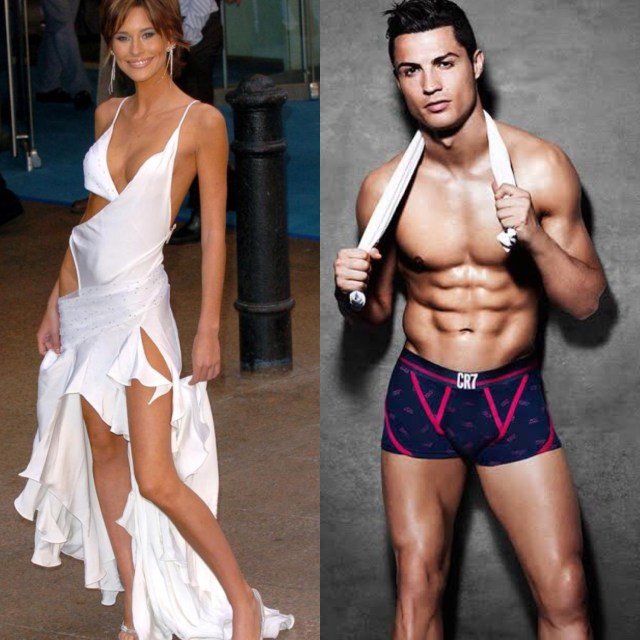 In a series of tweets, she vowed to help Kathryn Maryoca who recently accused Ronaldo of raping her.

According to 33-year old Jasmine who is currently battling depression and health issues, the Ronaldo she dated 10 years ago was a control freak and usually bragged about his sexual prowess.

Jasmine also revealed that Lifetime’s docuseries ‘Surviving R Kelly’ motivated her to speak up against Ronaldo whom she says she still use to speak to even after they broke up 10 years ago.

READ HER WORDS BELOW.

Not entertaining you. Sorry if that dissapoints you but it’s not a joke it’s a serious matter that needs to be dealt with by lawyers and authorities now. The truth comes out in the end. Be patient.

I know. That’s why I haven’t done anything this far. I’m really sick and been battling medical health issues. Something just hit me after watching that R Kelly docu. I can’t sit here knowing everything I do and say nothing and let him bully this girl and get away with it all.

You have NO idea. This is literally just a few small details. No one would believe the things I’m going to share if I didn’t have proof but thankfully because I’m a smart girl I have an abundance of it. Games up.

Arrogant messages he’s sent me about how he’s going to get away with it because the world loves him gloating how none of his sponsors left saying Portugal will always support him. I told him. We ll see about that.

I have more than ten years it too. It’s tabloid gold. It’s the life line Kathryn Mayorga desperately needs it’s not just for her though that I’m doing it it’s for all the women he’s bullied and wronged all the baby mothers too. It’s called karma and it’s being served. All the

No I’m not scared of him and yes I’ve kept ALL his dirty secrets for a decade there are SO MANY. This was a step too far. I can not and will not get on board defending him against these allegations when I believe he is guilty.

Control issues doesn’t even begin to cut it. He’s a whole other level. I have a whole file of threats he’s made against me for NOTHING. Literally 1000 ways I’m going to die his temper is disgusting. He told me if I wanted to go out he would give me permission slips at one point.

Told me if I dated anyone else or if I left my house he’d have me kidnapped and have my body cut up and put in a bag and thrown in a river. Yes I have proof of everything I’m saying. He’s a psychopath.

And he was doing that while we were on good terms! Imagine that. I found out by pure chance. Someone in his lawyers office a junior with a big mouth told me he’d been paying thousands to have me monitored.

Hundreds of messages I have of him taking and laughing about how he psychologically bullies the shit out of his baby mother and treats her like crap.

Messages about all the times he’s cheated on her.

Stories of sexual conquests that mirror Mayorga’s. In depth convos where he Acknowledges and shares about having SERIOUS mental health issues.

All the LIES surrounding his children and their baby mothers. He’s a BULLY and he’s a LIAR. His whole life is a LIE. Fucking psychopath.

Victims of sexual abuse. He legitimately thinks he’s going to get away with it. Not now. I have had a relationship with him for a decade.

We have been communicating pretty much on a daily basis for the last year and half and I have messages and recordings that’ll be invaluable to Kathryn and her team in showing his true nature and character how unwell he is. I refuse to sit back any longer.

It’s wrong. It makes me feel like I’m complicit. I just can’t. Reach out to me Kathryn i will help you. X

The way some of these characters act after too. They genuinely believe their untouchable because of their celebrity. The way he has behaved since the allegations surfaced have made me feel physically sick. Donning a super man outfit.

Zero sensitivity to the victim and other Victims of sexual abuse. He legitimately thinks he’s going to get away with it. Not now.

I have had a relationship with him for a decade. We have been communicating pretty much on a daily basis for the last year and half and I have messages and recordings that’ll be invaluable to Kathryn and her team in showing his true nature and character how unwell he is.

I refuse to sit back any longer. It’s wrong. It makes me feel like I’m complicit. I just can’t. Reach out to me Kathryn i will help you.

Yoruba Actress, Nkechi Blessings loses her mum to the cold hands of Death

Johnson Olumide - June 8, 2019 0
Cardi B and Bruno Mars still got it goin' on. After topping the charts last year with the remix to "Finesse," the dynamic duo teams...

Johnson Olumide - October 28, 2017 0
While the 38-year-old pop star debuts atop the chart with her latest effort, Post Malone's 'Stoney' stays steady at No. 4. Pink nabs her second No....

Johnson Olumide - December 20, 2019 0
Nigerian pon-pon singer & Jogodo crooner, Tekno unleashes a brand new tune titled ”Choko” Tekno also hinted on dropping his Album of the year but will coming out after the...

Eddie Andy - May 5, 2018 0
Blac Chyna’s split from Rob Kardashian is reportedly costing her money. Club promoters are less keen to hire the reality TV star, who was previously...

Violette - July 2, 2019 0
Former Aviation Minister, Chief Femi Fani Kayode has released a statement on the recent alarm raised by the ex-president, Olusegun Obasanjo, alleging that there was a...