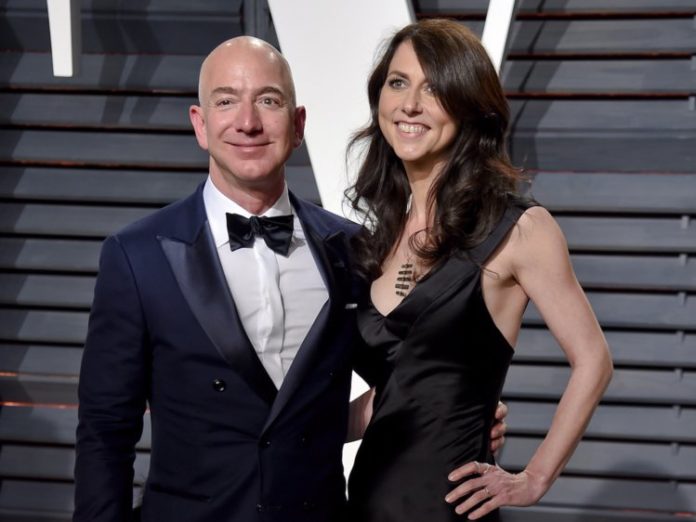 World’s richest man and CEO of Amazon, Jeff Bezos has announced that he and his wife, MacKenzie, are divorcing. 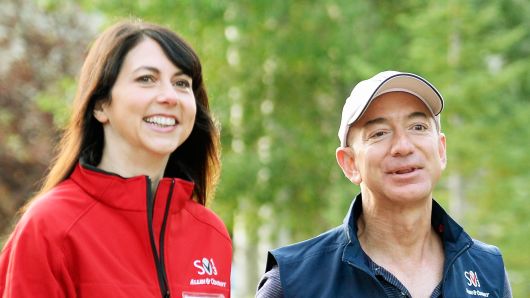 54-year-old Bezos made the announcement on Twitter. He said he and his wife had been through a trial separation and have now decided to end their 25-year marriage.

According to Bezos, the divorce is amicable and they are grateful for the years they have been married to each other. He said they will remain a family and stay “cherished friends”.

He also adds: “If we had known we would separate after 25 years, we would do it all again.”

Jeff Bezos is the richest man in the world. He and McKenzie own a total of 400,000 acres of property, making them 2 of the biggest landholders in the country. They have 4 children together.

The couple got married in 1993 long before Bezos became rich. He actually became a millionaire in 1997.  They live in Washington, which is a community property state.  That means any assets accrued during the marriage are split 50/50, unless there’s a prenup.

Amazon is now the most valuable company on the planet reportedly worth nearly $810 BILLION!

Violette - May 23, 2019 0
Music legend, 2face Idibia accuses COSON of corruption, he also said it is criminal for COSON to demand and collect royalties on behalf of...

Johnson Olumide - March 21, 2020 0
Ghanaian actress Nadia Buari shocked many when she gave birth to twins shortly after her whirlwind romance with actor ,Jim Iyke ended in 2014...

Violette - July 14, 2020 0
Sexy Nollywood actress, Mimi Orjiekwe is currently in a celebratory mood as she celebrates her 33rd  birthday in a grand style. Mimi Orjiekwe have been...

#BBNAIJA: TBoss Dazzle in Lovely Selfie Pics With Her Daughter

Violette - November 10, 2019 0
Former Big Brother Naija housemate, TBoss who some months ago gave birth to her first child has shared a lovely picture she took with...

#BBNaija: Frodd breaks down in tears as he gush about fans love for Laycon...

Violette - November 10, 2020 0
Big Brother Naija 'Pepper Dem' star, Frodd have shown how emotional he could be as he breaks down in tears while speaking about the...