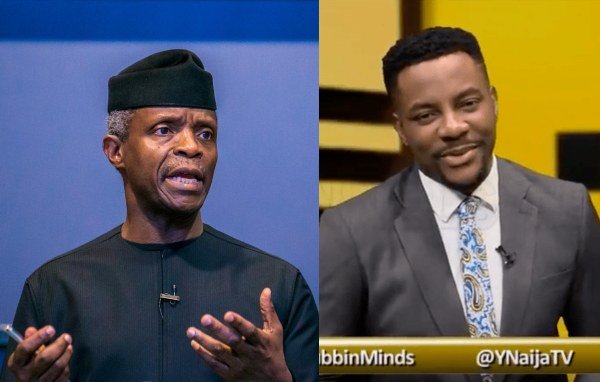 Nigerians have taken to Twitter, to react to Vice President Yemi Osinbajo canceling his interview with Ebuka on Rubbin Minds today.

The cancellation announcement was made by Laolu Akande, a spokesperson for Mr Osinbajo, who in his tweet on Sunday afternoon disclosed that his boss will not be appearing on Channels Television‘s ‘Rubbin’ Minds’ because of campaign exigencies.

“Being a live programme, the exigencies of campaign timing make it impossible for VP to appear on show as scheduled today. We’re working with producers to reschedule his participation ASAP,” Mr Akande said.

Ebuka who also confirmed this in his tweet. However Nigerians have taken to Twitter to react to Vice President Yemi Osinbajo, canceling the interview with Ebuka. Here are some tweets below; 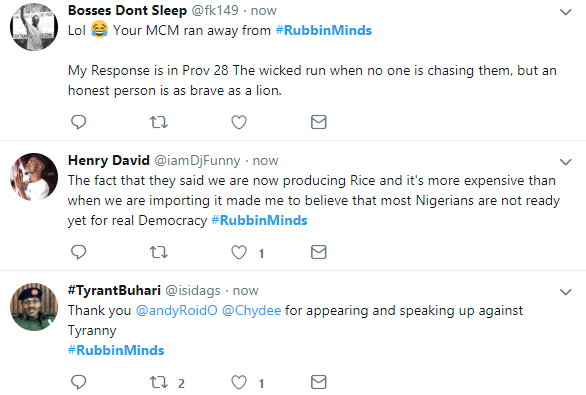 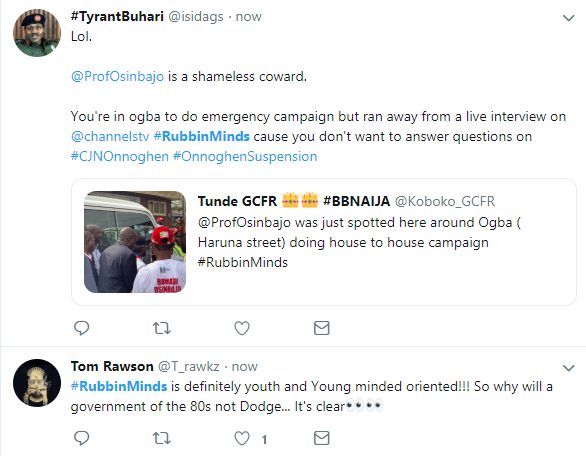 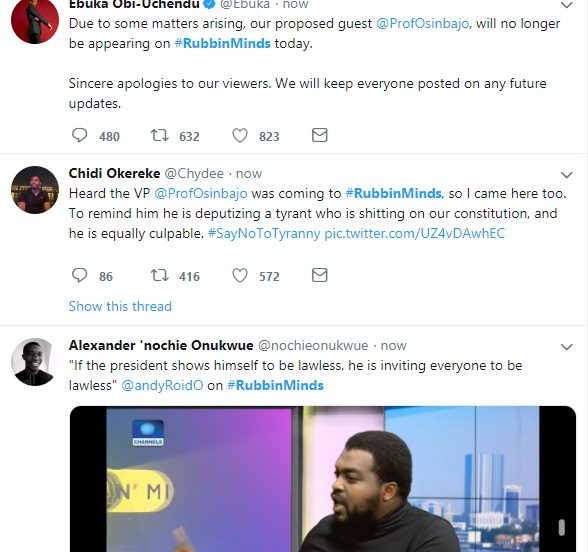