Home Entertainment Celebrities I will stay home and play with my P*ssy than to come... 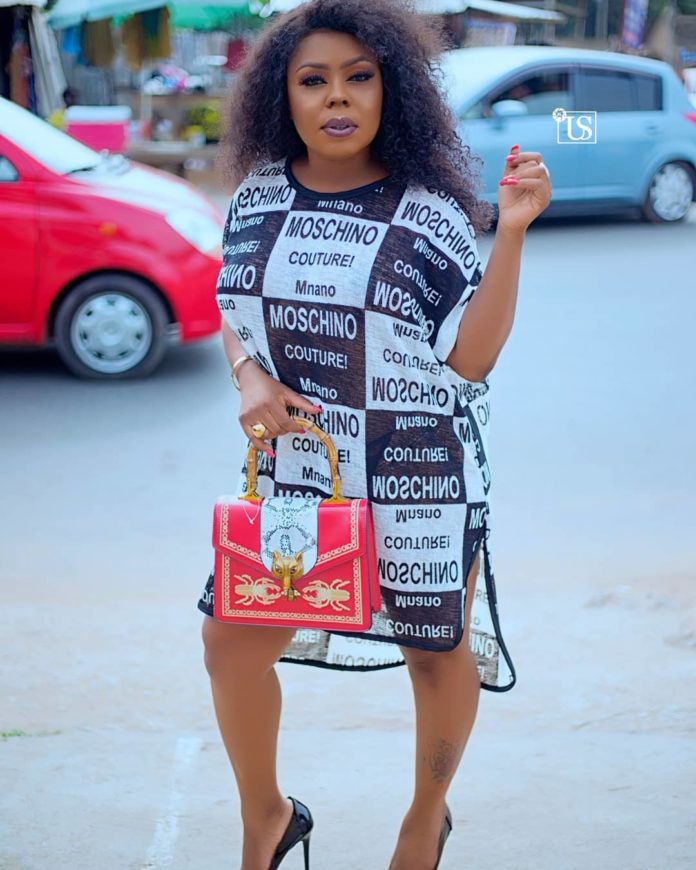 Media personality, Afia Schwarzenegger has descended heavily on Multimedia Group Limited after one of its presenters Prince Tsegah requested to interview her.

Prince Tsegah better known as Da Don asked the controversial TV host to appear on his entertainment show “Zoblazo” which airs on Asempa FM 94.7 MHz as guest on Saturday but the latter did the unthinkable.

Afia Schwarzenegger took to her Instagram page to describe Da Don as “Something”.

The alleged weed addict also used unprinted words on his pay masters, Multimedia Group Limited owners of Joy FM, Adom FM, Hitz FM, Asempa FM and others stating emphatically that, she won’t attend to his call and will rather stay home and m*st*rb*te because she’s sure her pu**y is not tired of her.

The female version of Shatta Wale on Instagram wrote,
“I was told something called Prince Tsegah wants to interview me on Hitz fm on saturday.. . Dear Multi-media if i have nothing doing i will stay home AND m*st*rb*te…i am so sure my pu**y is not tired of me!!!!!”

Apparently, Afia Schwarzenegger decided to drag the reputable media house into the mud for exposing her lies that her mother has Ghc4.3 million locked up at Menzgold in the wake of the SEC-Menzgold fracas.

And also for giving her ex-boyfriend, Prince Williams the platform to reveal squalid secrets about her family especially the nationality of her children. 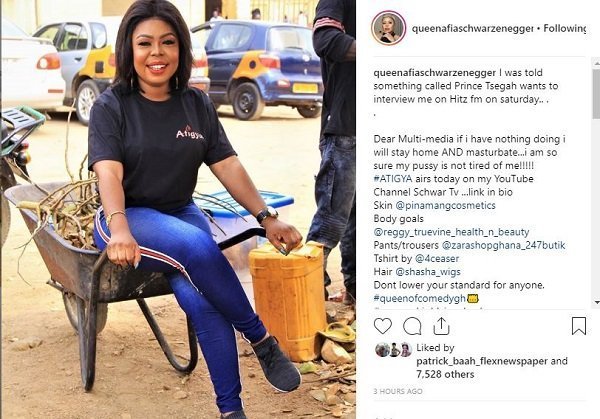