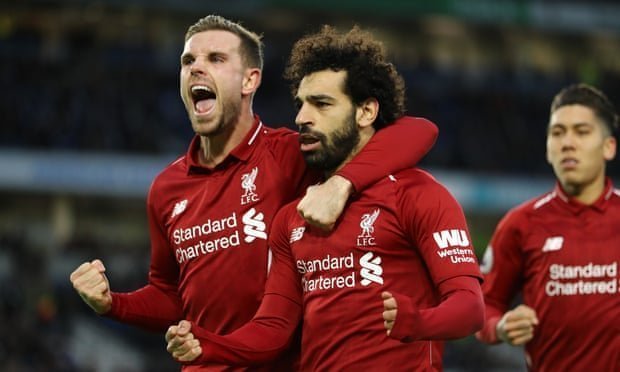 Mohamed Salah’s penalty extended Liverpool’s lead at the top of the Premier League to seven points after a workmanlike display at Brighton.

Jurgen Klopp’s side dominated with over 70% possession against their cagey hosts but created little until Salah was felled in the area by Pascal Gross.

The Egyptian duly lashed the spot-kick left-footed across his body and high into the net for a 17th goal of the season.

Brighton briefly rallied, with Fabinho – at the heart of Liverpool’s defence for the injured Dejan Lovren – producing a key block to deny Gross in the area.

It helped Liverpool to a gritty win on a day they were far from their fluent best but comfortably lengthened their advantage in the title race, with third-placed Tottenham playing on Sunday and nearest rivals Manchester City not in action until Monday.